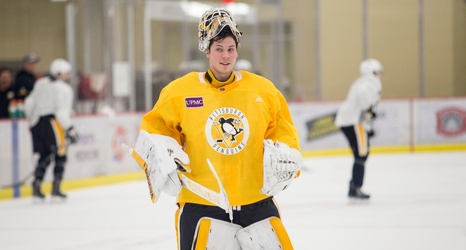 CRANBERRY, Pa. -- Teams around the league are beginning to put players on waivers for the purpose of assigning them to the AHL, and goaltenders are easily passing through so far.

This could be an indication that Tristan Jarry would also be able to clear waivers.

Leafs goaltender Kasimir Kaskisuo passed through waivers this week. He's never played in the NHL before, so that one isn't much of a surprise.

The Golden Knights had two goaltenders pass through waivers -- Garret Sparks and Oskar Dansk. If a goaltender was going to get claimed off of waivers at this time of year, it would have been one of these two.