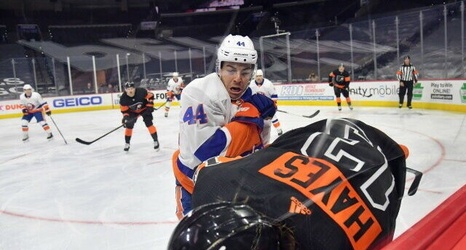 He had wrist surgery in August and as of last week was still wearing a splint.

Rick Sadowski: Colorado Avalanche coach Jared Bednar on defenseman Devon Toews who had offseason shoulder surgery: “He’s going to miss some games at the start of the regular season. I don’t have an exact timetable for him…been skating, feeling great. He won’t be cleared for full contact until some time in the near future.