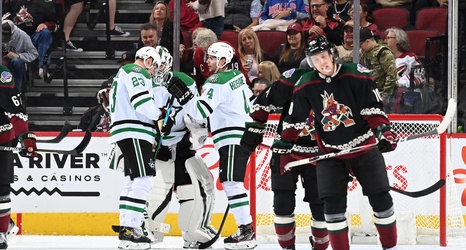 The Dallas Stars opened up scoring last night, with Roope Hintz getting his seventh goal of the season just 54 seconds into the game. It was a relatively simple play, with Hintz going to the front of the net and knocking home a rebound. Unfortunately, it would prove to be a recurring problem for the Arizona Coyotes.

But despite the early deficit, the Coyotes weren’t going down without a fight, and it wouldn’t take long for the Coyotes to even things up, though. And just like with the Stars, they scored by going to the front of the net.