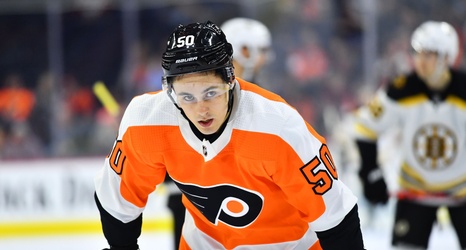 Today, the Philadelphia Flyers have recalled Mikhail Vorobyev and sent down German Rubtsov to the Lehigh Valley Phantoms, ending Rubtsov’s stint with the Flyers for now. The idea behind sending down Rubtsov to the Phantoms is so he can develop more on the offensive side of the puck. Rubtsov has played three games with Philadelphia this season; at the New Jersey Devils, home against the Toronto Maple Leafs, and home against the Carolina Hurricanes.

In three games, German Rubtsov has yet to log the first point of his NHL career. The left-handed center has only taken one shot this season, which was in his first game against the New Jersey Devils against MacKenzie Blackwood.