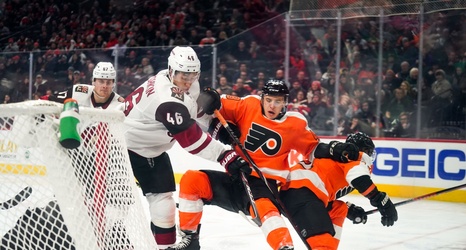 When in the 2019-20 campaign was in its’ earliest stages, almost all was going right for the Philadelphia Flyers when it came to power-play production. The group tied for fourth in the entire league in Power-Play Goals with 13 in the first 15 games of the year and were well on their way to having a great special teams unit as the penalty-kill was also holding their own in the defensive zone during that time. Since then, the Flyers man advantage has found twine just six times, dropping to just below league average in Power-Play Percentage with 18.