What College Did Nick Foles Go To? 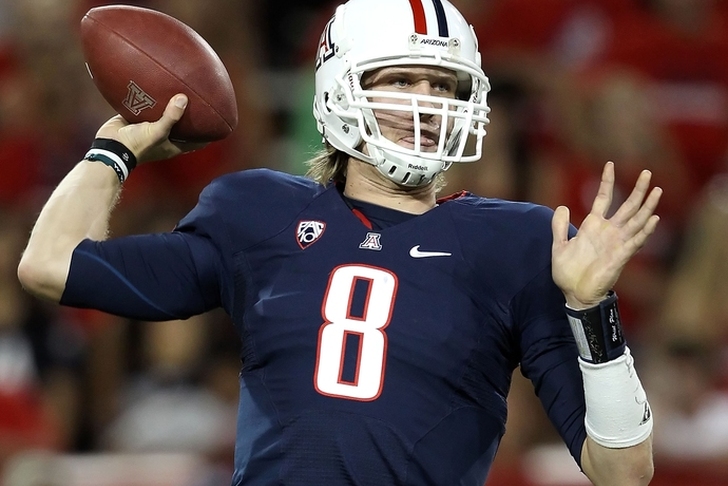 Nick Foles will be the starting quarterback for the Philadelphia Eagles in Super Bowl LII, as he has started the last five games for the team - including both playoff games - for Carson Wentz, who suffered a torn ACL he suffered in their Week 14 win over the Los Angeles Rams.

Where did Foles come from? He played his college football for the Arizona Wildcats, where he spent three years as the starter after transferring from Michigan State.

Foles passed for 10,011 yards with 67 touchdowns and 33 interceptions during his time with the Wildcats. As a result, he was selected in the third round by the Eagles in the 2012 NFL Draft.

He made the Pro Bowl in 2013 after taking over the starting job for the injured Michael Vick early that year. He also began 2014 as Philadelphia's starter but suffered a broken collarbone halfway through the season. He was then traded to the then-St. Louis Rams, where he started 11 games in 2015 before being benched. Foles then spent 2016 as a backup on the Kansas City Chiefs before signing with the Eagles this past offseason.

Foles has performed well this postseason, completing 77.8 percent of his passes for 598 yards and three touchdowns with no interceptions.