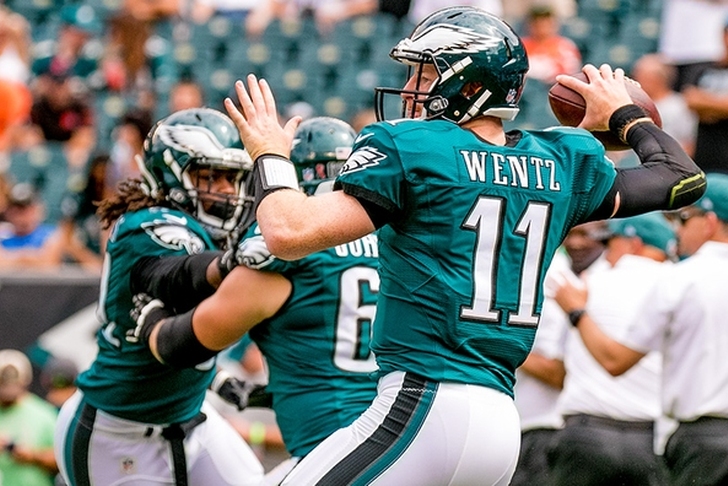 The Philadelphia Eagles are headed to the Super Bowl after backup Nick Foles put on a stellar performance in a 38-7 win over the Minnesota Vikings, but there is no quarterback controversy brewing in Philly.

Carson Wentz is still the starter for the Eagles as he recovers from a torn ACL he suffered in their Week 14 win over the Los Angeles Rams, and the team expects him to be fully healthy for the start of the 2018 season, according to NFL Network's Mike Garafolo.

"Carson Wentz is doing great early on in his recovery. I talked to a couple of guys about that. Matter of fact, Chris Maragos, who is coming back from his own issue, special teams guy, he saw [Wentz] in the weight room last week. Like ‘hey, maybe you should take it [easy].”

So he’s really pushing it early on his return. They’re confident he’s going to be back well ahead of Week 1.”

Foles has performed well this postseason, completing 77.8 percent of his passes for 598 yards and three touchdowns with no interceptions. However, he has said he understands that he's still the backup quarterback even if the Eagles upset the Patriots in Super Bowl LII.

Wentz was the MVP frontrunner at the time of his injury. He passed for 3,296 yards with 33 touchdowns and just seven interceptions this season while rushing for 299 more yards.