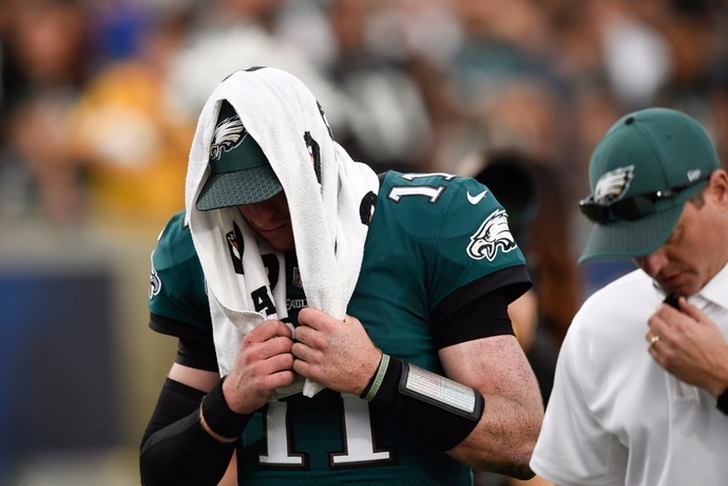 The Philadelphia Eagles won't have Carson Wentz the rest of the season. The Eagles confirmed Monday that Wentz tore his ACL.

With Wentz out, Nick Foles will take over as the starting QB. In mostly garbage time this year, Foles has completed 10 of 14 passes for 98 yards. Foles had an incredible 2013 season, with 27 TDs and only 2 INTs. But he's regressed as a QB since then, dealing with injuries of his own in stops with the Rams and Chiefs.

Nate Sudfeld will take over backup duties. He was promoted to the active roster in November.

It's a huge blow to the Eagles, as Wentz was putting up an MVP-caliber season in his second year. Before his injury, Wentz completed 60.2 percent of his passes for 3,296 yards, 33 TDs and 7 INTs.