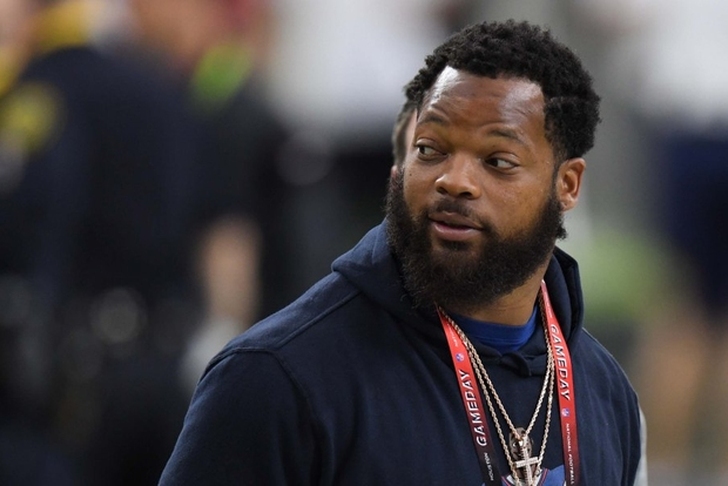 A warrant for the arrest of Philadelphia Eagles defensive end Michael Bennett has been issued stemming from an incident at Super Bowl LI, according to KHOU.com:

A Harris County grand jury Friday indicted Philadelphia Eagles defensive end Michael Bennett for the felony charge of injury of the elderly for injuring a 66-year-old paraplegic who was working at NRG Stadium to control access to the field at Super Bowl LI, prosecutors said.

As a result of the indictment, a warrant has been issued for Bennett’s arrest. Prosecutors are working with Bennett’s counsel regarding his surrender.

Bennett forced his way onto the field following the New England Patriots' comeback win over the Atlanta Falcons in Super Bowl LI to celebrate with his brother, Martellus, who was a member of the Patriots at the time.

However, in doing so, he shoved over a 66-year-old paraplegic woman who was part of NRG Security.

The felony charge of injury to the elderly carries a penalty of up to 10 years in prison and a $10,000 fine.

Bennett was traded from the Seattle Seahawks to the Eagles earlier this month. He racked up 40 tackles with 8.5 sacks in 16 games last season.