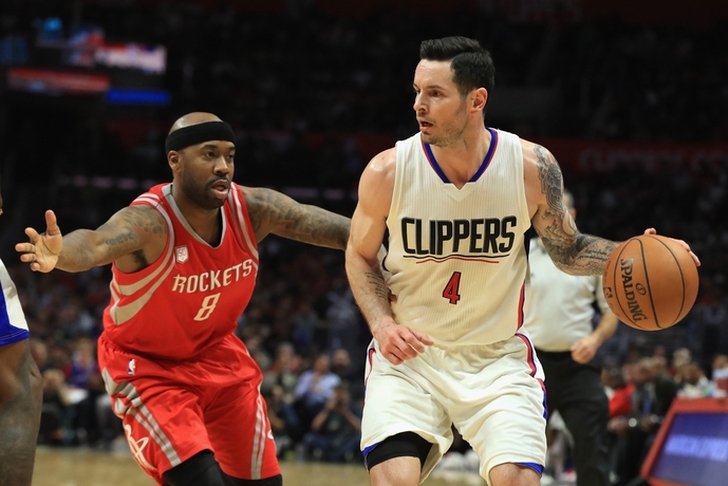 The Philadelphia 76ers have over $40 million in salary cap space they can spend in NBA Free Agency and the Sixers plan on spending this summers. Two players have emerged as top targets for the 76ers: J.J. Redick and Amir Johnson.

Redick opened free agency by meeting with the 76ers, Adrian Wojnarowski of ESPN reports. On a spot during ESPN's NBA Free Agency show, Wojnarowski added the 76ers are offering Redick a one-year deal worth over $20 million.

"J.J. Redick, he will not return to the Clippers," Wojnarowski said. “Right now ... he’s meeting with the Philadelphia 76ers tonight. Minnesota has been really aggressive in pursuing him. Brooklyn, also. Philadelphia ideally would like to do a one-year deal at a very big number, $20 million-plus, potentially on a one-year deal, sources tell me. But he’d like a longterm contract."

That's a large amount of money, but it might not be enough. At age 33, this might be Redick's last shot to get a large, long-term contract. Even though $20 million is a lot, he might be able to get a similar deal with more security. He's also not the only player the 76ers are targeting.

"The 76ers will make a strong push for free agent Amir Johnson, according to an NBA source," Keith Pompey of the Inquirer writes. "The source said the power forward could very well be in a Sixers’ uniform next season."

The 76ers are looking for veteran help. The release of Gerald Henderson left just two players on the Sixers roster with more than three years of experience. Johnson, a 12-year vet, has ties to Bryan Colangelo as well. Colangelo traded for Johnson with the Raptors.

Check out our Philadelphia 76ers team page for all the latest 76ers Free Agency Rumors or download the Chat Sports App!