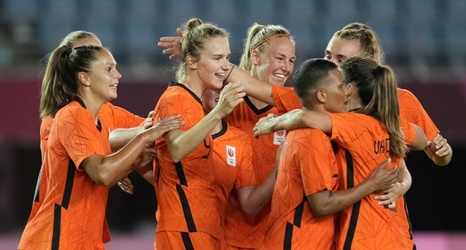 The United States women's national team faces a steep test to get to the semifinal round of the Olympic Games women's soccer tournament.

The USWNT took four points from three group-stage games to finish in second place and land a quarterfinal matchup with the Netherlands.

Two years ago, the USWNT and Netherlands contested the FIFA Women's World Cup final, which was won by the Americans. For the USWNT to complete the World Cup-Olympics double, it must defeat the highest-scoring team from the group phase.

The other three quarterfinals are blockbuster matchups as well, but most of the focus will be on Friday morning's World Cup final rematch.