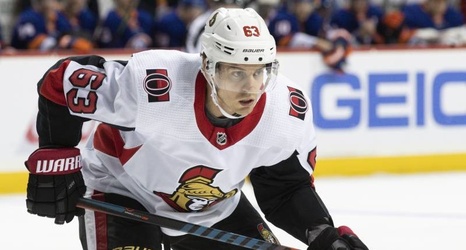 There aren't that many people named Tyler Ennis in professional sports, so it's understandable if casual fans mixed them up on occasion.

It's probably not great if the doctors are the ones switching diagnoses, though.

According to Ian Mendes of TSN, Ottawa Senators forward Tyler Ennis suffered an ankle injury last season as a member of the Toronto Maple Leafs but was given the injury information of the basketball player with the same name instead.

"They pulled up my X-ray. And they’re like 'Woah—you’ve got a really bad displaced break here,'" Ennis said while explaining he was surprised by how bad the diagnosis was at first.