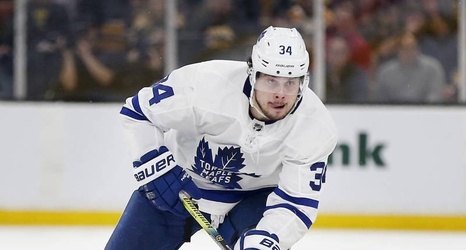 Last year, EA Sports' NHL series introduced the World of CHEL, a new game hub that featured a user's created character, combined game modes and unified rewards. Now, it's being taken to another level in NHL 20.

An expanded World of CHEL is only one of the many new features that gamers will find in NHL 20, which will be released Friday. This year's game features 21-year-old Toronto Maple Leafs center Auston Matthews on the cover for the first time.

NHL 19 has received generally favorable reviews, according to Metacritic (82 rating for Xbox One, 80 for Playstation 4), so it will be interesting to see if this year's iteration of the NHL franchise will continue to build off the improvements and features that last year's game brought.