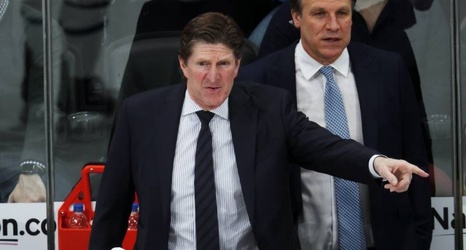 The Toronto Maple Leafs have fired head coach Mike Babcock after a 9-10-4 start to the season, the team announced Wednesday.

Sheldon Keefe will take over the head coaching job.

Babcock was in his fifth year with the organization, totaling 173 wins in 351 games. He led Toronto to the playoffs in each of the last three seasons, setting a franchise record with 105 points in 2017-18.

However, the Maple Leafs were eliminated in the first round of the playoffs in all three years and haven't won a postseason series since 2004.