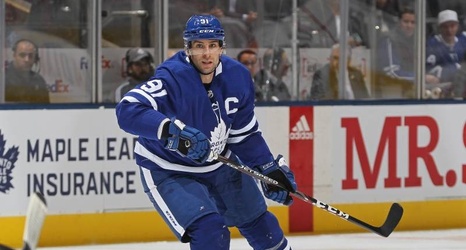 Toronto Maple Leafs star John Tavares will miss at least two weeks with a fractured finger he suffered during Wednesday's 4-3 loss to the Washington Capitals.

Per Toronto's media relations, Tavares will be reassessed by the medical staff in two weeks to determine his status.

After spending nine years with the New York Islanders, the 28-year-old signed a seven-year contract with the Maple Leafs in July 2018. He made his NHL debut at the age of 19 and has tallied at least 54 points in nine of his first 10 seasons, including a career-high 88 last season.