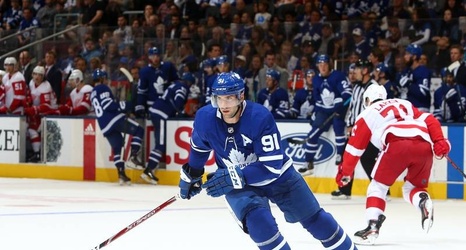 The Toronto Maple Leafs announced center John Tavares will serve as their captain for the 2019-20 season Wednesday.

Tavares, 29, is the 25th captain in franchise history. He ends a three-season vacancy at the captain spot, which was ceded after Dion Phaneuf was traded to the Ottawa Senators in 2016.

"It's a real honour. I won't ever take it for granted." #LeafsForever The Leaf: Blueprint Moment presented by @Molson_Canadian. https://t.co/6eyYUXQhvg