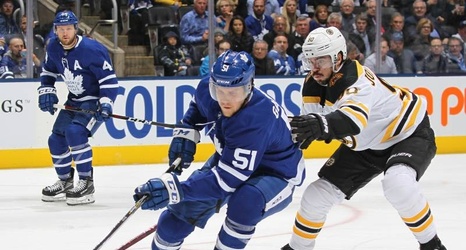 Originally drafted 17th overall by the Anaheim Ducks in 2008, Gardiner went to the Maple Leafs via a February 9, 2011 trade before he made the NHL leap.

Gardiner received a promotion before the 2011-12 season and has played his entire eight-year NHL career in Toronto.

Dom Luszczyszyn of The Athletic provided the following scouting report:

"Gardiner is a modern NHL defenseman, one who makes his due by moving the puck up ice and he's one of the league's strongest in that regard.