Here's why the Maple Leafs fired Mike Babcock now, and what happens next 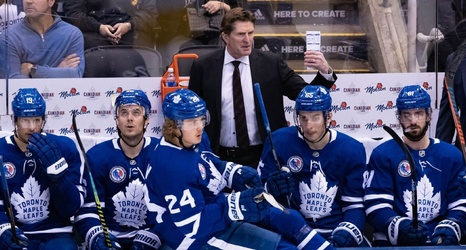 The Toronto Maple Leafs fired head coach Mike Babcock on Wednesday after a 9-10-4 start to the 2019-20 season. It marks the third time since the start of the 2011-12 season that the Leafs have made an in-season coaching change, this one coming amid a five-game losing streak.

Babcock was a splashy hire in 2015 and helped the Maple Leafs to three 40-win and playoff trips in four full campaigns. But each ended in a first-round exit, despite high expectations. The Maple Leafs now turn to Sheldon Keefe.

So what does it mean?