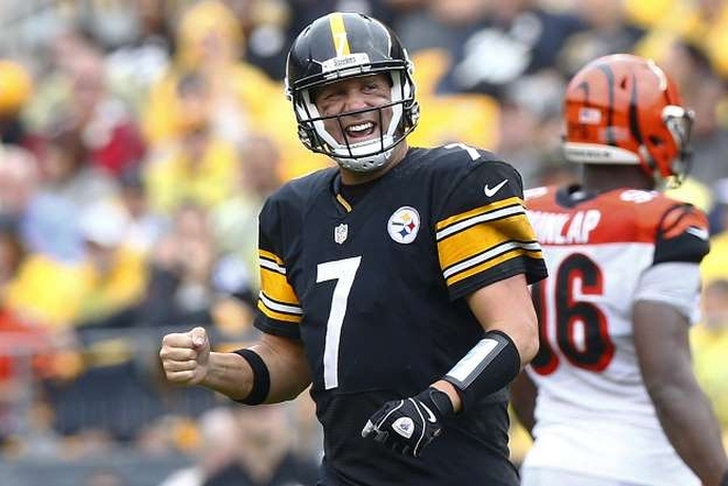 We're already two weeks into the NFL season, and teams are starting to find their identities. There are been several teams that have played surprisingly well this year, while others have not. Here's how everyone stacks up against each other in our NFL Power Rankings going into Week 3:

1. New England Patriots (2-0)
New England absolutely shredded a decent Dolphins team with Jimmy Garopplo under center. They might struggle the next two weeks after Jimmy G's shoulder injury, but they've proven to be the league's best team even without Tom Brady. Once he gets back, look out.

2. Pittsburgh Steelers (2-0)
The Steelers keep doing what the Steelers do, as another dominant performance against the Bengals showed how good they are on both sides of the ball. They'll give the Patriots a run for their money all season long.

3. Denver Broncos (2-0)
Is it possible that Denver is better than they were last year? The defense is playing at an astronomical level, and Trevor Siemian is managing the offense effectively while C.J. Anderson dominates the running game.

4. Carolina Panthers (1-1)
Outside of that second half against the Broncos, Carolina looks every bit as good as they did last year.

5. Arizona Cardinals (1-1)
Arizona shook off that opening loss to the Patriots with a BLOWOUT win over the Cardinals. They look like they've righted the ship.

6. Houston Texans (2-0)
Houston's defense should be one of the best in the NFL again, and Brock Osweiler has the offense playing at a good level. The AFC South is Houston's to lose at this point.

7. Minnesota Vikings (2-0)
Sam Bradford looked much better than expected under center, and even without Adrian Peterson, Minnesota's defense can carry them to another NFC North title.

8. Green Bay Packers (1-1)
The Packers were clearly a step behind the Vikings in every aspect during their loss in Minnesota on Sunday night. They still have all the talent in the world, but they need a spark.

9. Cincinnati Bengals (1-1)
Losing to the Steelers is no cause for concern, but it also shows they haven't made any progress from the last few years.

10. New York Giants (2-0)
Are the Giants for real? With two close wins - both off the strength of their defense - show they've made strides after going 1-8 in close games last year.

11. Seattle Seahawks (1-1)
The Seahawks have scored just one touchdown this season and couldn't move the ball against the Rams. Russell Wilson will bring that unit around eventually, and the defense is as dominant as every.

12. Kansas City Chiefs (1-1)
Kansas City's offense is still a major work in progress, but the defense is capable of winning them most games they play.

13. Philadelphia Eagles (2-0)
All aboard the Wentz Wagon! Yes, their wins are over the Browns and Bears, but Wentz has given this offense life. Now, we need to see if they can play well consistently - and against good competition.

14. New York Jets (1-1)
Matt Forte showed against the Bills that he still has plenty left in the tank, making the offense lethal when they're clicking on all cylinders.

15. Oakland Raiders (1-1)
Oakland showed they still have a lot of growing up to do after losing at home to the Falcons. The defense has HAS to get better - they've given up over 1,000 yards already.

17. Dallas Cowboys (1-1)
Dallas finally won a game with someone other than Tony Romo under center. We'll see if they can keep it up on the defensive side of the ball.

18. Tampa Bay Buccaneers (1-1)
Tampa Bay is another talented young team, but they got destroyed by a very good and determined Cardinals team on the road. They also still have a lot of growing up to do, and need to become more consistent.

19. Atlanta Falcons (1-1)
Atlanta's offense showed they still have life by shredding the Raiders, but there are still major questions about their defense.

20. Tennessee Titans (1-1)
Tennessee needs to continue to see growth from Marcus Mariota in Year 2, but the defense stepped up and played well against the Lions. That needs to become a trend instead of a one-time deal.

21. Detroit Lions (1-1)
The Lions fell apart down the stretch against the Titans, but improved play from their defense - along with their usually explosive offense - gives fans reason for hope.

22. Washington Redskins (0-2)
Is Kirk Cousins more than just a one-year wonder? The answer seems to be no, and with big defensive questions, the Redskins could be in for a sub-.500 year. Plus, there's already rumblings of discord in the locker room.

23. Miami Dolphins (0-2)
The Dolphins played with more attitude, more discipline and more confidence in Seattle - then laid an absolute egg against the Patriots. Consistency is key for them.

24. San Diego Chargers (1-1)
Keenan Allen and Danny Woodhead are done for the season already, handicapping this team that was already short on talent.

25. San Francisco 49ers (1-1)
The 49ers followed their win over the Rams with a dismal performance against Carolina, but that's nothing to be ashamed of. We'll learn how good this team really is in the next few weeks.

26. Los Angeles Rams (1-1)
LA hasn't scored a touchdown yet this year. Thank goodness their defense showed up against the Seahawks.

27. Indianapolis Colts (0-2)
Andrew Luck can make up for a lot of things, but the Colts' overall lack of talent has become blatantly obvious.

28. New Orleans Saints (0-2)
Drew Brees will win this team a lot of games. The defense will lose them a lot more.

29. Buffalo Bills (0-2)
Buffalo has a lot of talent, but something just feels off. They need to get better rushing the passer and more consistency from Tyrod Taylor for them to accomplish their goal of making the postseason - which looks like an extreme long shot.

30. Jacksonville Jaguars (0-2)
Jacksonville's good loss to Green Bay was backup with a 24-point loss to the Chargers. It seems like head coach Gus Bradley will be fired sooner rather than later.

31. Chicago Bears (0-2)
The Bears are a team in flux undergoing a rebuild, but they looked worse than expected. Both the Texans and Eagles have gashed their defense, and their offense can't put points on the board.

32. Cleveland Browns (0-2)
Oh, Cleveland. They clearly have the worst roster in the league, and they lost their starting quarterback in Robert Griffin III - and their backup Josh McCown. It's gonna be another long season for the Browns.