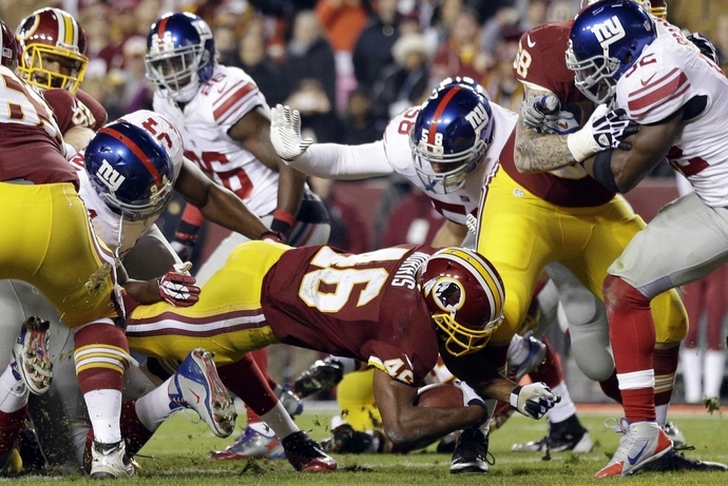 The Washington Redskins (1-1) picked up their first win of the season in a surprising victory over the Rams last weekend, while the New York Giants (0-2) lost another double-digit lead in the fourth quarter, losing to the Falcons. Both sides are looking to gain traction in this NFC East showdown, so who's got the edge in this one? Check out our Washington Redskins vs. New York Giants Preview & Prediction.

The Dallas Cowboys are in first place in the division, but with injuries to star QB Tony Romo and WR Dez Bryant, the NFC East is wide open. The winner of this game will get a leg up on every else and control their fate in the division.

Washington's league-best rushing attack has kept them afloat as Alfred Morris and Matt Jones have combined for 331 rushing yards and three touchdowns through the first two games. The Giants' rush defense does rank third in the league, but Washington just ran through a better Rams defense. Whoever can control the running game when the Redskins have the ball will win this game.

What They're Saying About The Washington Redskins:

What They're Saying About The New York Giants:

10 things to watch for on Thursday Night Football

New York is in a tailsping after becoming the first team in NFL history blow two straight double-digit fourth-quarter leads to start the season, and a short week isn't the time to figure out their late game issues. I think Washington will be able to control the game with their rushing attack and pull out a narrow victory.