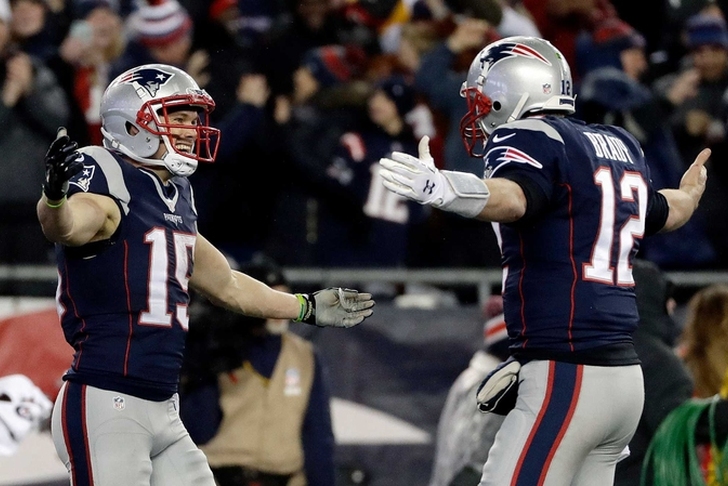 Week 5 of the NFL regular season kicks off tonight with the New England Patriots visiting the Tampa Bay Buccaneers. The Bucs moved to 2-1 last week thanks to a last-second win over the Giants, while New England (2-2) suffered a loss to the Panthers following another terrible defensive performance.

Which team will emerge victorious on Thursday night? Here's our preview and prediction.

What They're Saying About The New England Patriots:
Fit on D for David Harris, Dont'a Hightower in focus vs. Bucs (ESPN)
DT Alan Branch is a healthy scratch: What Patriots can expect from him for rest of 2017 and beyond (Pats Pulpit)
New England Patriots will have their hands full with Mike Evans (Fansided)

Key To The Game: Can New England find a way to slow Tampa Bay's offense?
We all know how bad New England's defense has been this year. They rank last in the league in passing yards and total yards allowed, along with second to last in points allowed. In fact, they are one of just two teams allowing over 300 yards per game through the air to opposing quarterbacks - and they have one of their toughest tests of the season coming up tonight.

Bucs quarterback Jameis Winston has passed for 660 yards over the last two games combined and star receiver Mike Evans is one of the five best receivers in the league. Both guys have the ability to single-handedly take over a game against a good defense, let alone one that has struggled like New England's.

The Patriots always score a ton of points with Tom Brady under center, but this year, they've lost games because that defense has given up at least 33 points in three of the four games they've played. The only way they win this game is if they have their best performance of the season - which isn't a high bar.

Prediction: Patriots win 28-27
As bad as New England's defense has been all season long, I find it hard to believe that Bill Belichick & Co. will start the year 2-3. A number of factors are also in their favor. The Patriots are 11-1 against the spread following a home loss and are 5-1 all-time on Thursday Night Football. All of those things lead me to believe the Patriots will win a close game.