Fantasy Football Rumors: Will Doug Martin Be The Bell Cow Running Back for the Tampa Bay Buccaneers? 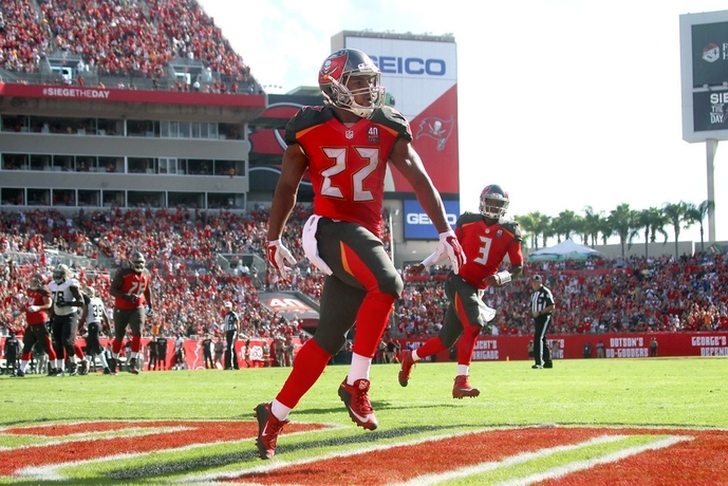 The Tampa Bay Buccaneers will battle the New England Patriots on Thursday Night Football in Week 5.  Martin was suspended for the first three games of the season for violating the NFL drug policy. He served one of his suspended games last season before entering rehab. He returns this week and fantasy owners want to know can I trust starting him and will he be the bell cow running back I was hoping for when I drafted him.

You May Also Like: Doug Martin Suspended Four Games for PEDs

Martin is now activated and looking to spark the Buccaneers who are currently ranked 26th in the NFL in rushing yards per game which raises the question will Doug Martin become the "Bell Cow" running for the Buccaneers? I know fantasy football players want to know. Let me know your thoughts @MitchellRenz365.

Will Doug Martin be the "" (Bell Cow) running back for the @TBBuccaneers on Thursday night against the @Patriots? #FantasyFootball

It is hard to say even after four weeks of horrible defensive play by the Patriots but play your players against the Patriots. The Patriots are ranked dead last and it isn't even close in pass yards against them this season with 1,313 yards. Obviously, for Martin owners, you want to know how they have done against running backs. The Patriots this season have given up on average 31 fantasy points to running backs each week which is the second worst in the NFL. Currently, running backs are averaging 5.4 YPC against them which are eye-popping numbers for any defense but especially a Bill Belichick Patriots team.

As you can see the matchup on paper looks like one where Martin could have a great game. I have always been a huge Martin fan and a believer in his talent and when he has been motivated he has been great. He is motivated and the Buccaneers are excited to have their running back again. I think Martin is a great story and will be the bell cow running back for the Buccaneers this season.