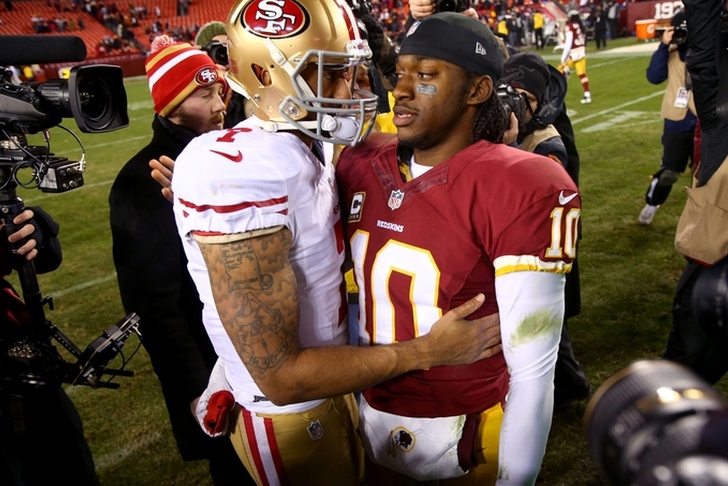 On Monday former Redskins quarterback Robert Griffin III said during an interview on 106.7 The Fan that he was drafted by a team and a coach that wasn't sold on him. Griffin said via USA Today "I was drafted to a team with a coach who didn't want me, with an organization that wasn't sold on me. And I think when you make that many trades or trade that many picks, you don't do that for a guy that you're not sold on. I think that's a situation that really hampered me thus far in my career."

Griffin didn't stop there, he went on twitter and said this......

Question for my Football experts....
Is a coach supposed to tailor his offense to the skill set of his starter or his backup? Please @ me

You May Also Like: 5 Teams Trying To Make Deals Before NFL Trade Deadline

Griffin then said he believes both him and Colin Kaepernick deserve to be in the NFL. He was quoting saying "If you look at it from a talent standpoint, we should definitely be in the league. I think it comes down to the teams, ultimately. And at this time, the teams don't want to (sign) myself or Kaep, and that's the way it is."