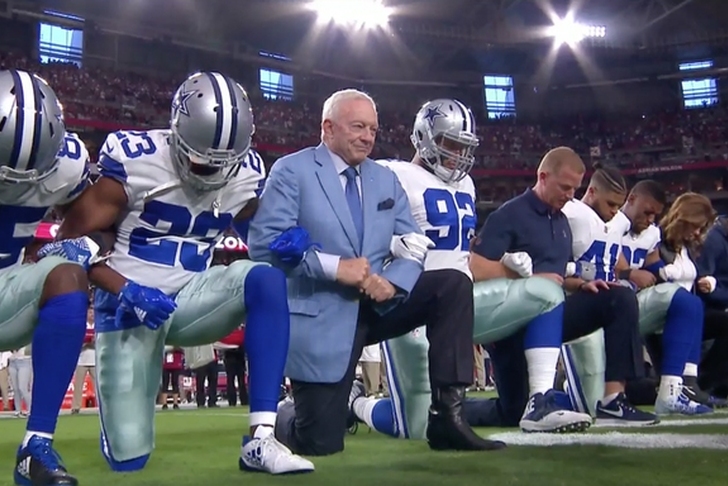 While all this breaking news surrounding Adrian Peterson Traded the Arizona Cardinals. The NFL owners are reportedly going to force players to stand for the National Anthem. This rule hasn't been made official but seems to be in the works. The meeting will take place next week.

While Adrian Peterson trade came down, NFL said owners will consider a rule change that would require players to stand for national anthem.

There has been a ton of criticism around the NFL from fans and President Donald Trump about players standing for the Anthem. NFL Commissioner Roger Goodell sent this letter to all 32 teams.

Am I the only one that thinks it is sneaky for the NFL to drop this news after the Adrian Peterson trade? Maybe this was the plan all along. As soon as the rule has been finalized Chat Sports will break the new for you.