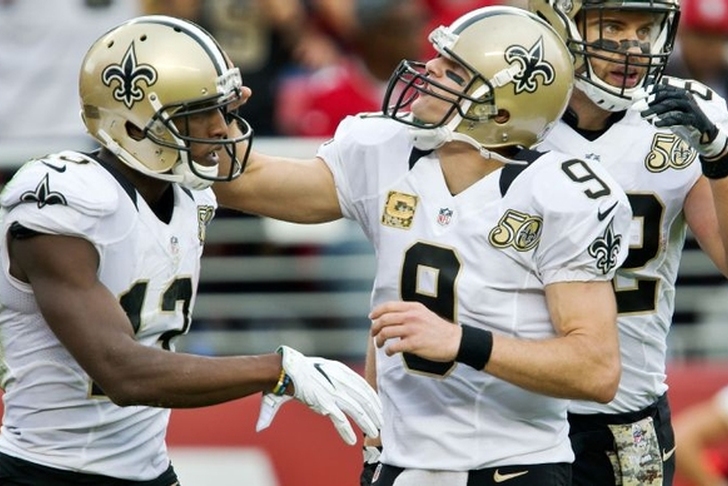 The NFL season is coming to an end with only three regular-season games left.  Only six teams can make it in from the NFC, but there are still 11 teams in total who still have a chance to make the playoffs. With a 43-35 victory on Sunday over the Los Angeles Rams, the Philadelphia Eagles claimed the top seed in the NFC. For some teams, every week is essentially a playoff game because one loss could be the difference between being in or on the outside looking in.

To fully understand how each playoff ranking is decided here is an explanation of the six postseason participants are seeded:

Here are the six teams we expect to make the playoffs in what I expect to be the final NFC playoff seeding (projected final record in parentheses).

1.) Philadelphia Eagles (13-3): NFC East Champs
REMAINING OPPONENTS: at Giants (2-11), vs. Raiders (6-7), vs. Cowboys (7-6)
The Eagles came away with a big win in Los Angeles this past week but lost more than they won. Quarterback Carson Wentz tore his ACL in the game, forcing him to miss the remainder of the season.  This means backup quarterback Nick Foles will have to lead this team down the final stretch of the season. Foles will be able to lead this team to at least two wins over the next three weeks.

2.) Minnesota Vikings (12-4): NFC North Champs
REMAINING OPPONENTS:  vs. Bengals (5-8), at Packers (7-6), vs. Bears (4-9)
According to these postseason percentages, the Vikings have higher than a 99 percent chance of making the playoffs but that won't be enough for them to be the top seed. The Vikings will face a Packers team with Aaron Rodgers under center in Week 16. It will be Rodgers' first home game since the injury, against the team where the injury occurred, which leads me to believe the Vikings will lose that game. Even though we project the Saints and Vikings to finish with the same record, the Vikings won the head-to-head matchup in Week 1, giving them the tie-breaker.

3.) New Orleans Saints (12-4): NFC South Champs
REMAINING OPPONENTS: vs. Jets (5-8), vs. Falcons (8-5), at Buccaneers (4-9)
After a tough loss to the Atlanta Falcons on Thursday Night Football, the Saints will bounce back nicely and march through their remaining games. They should be able to take care of the Jets and Buccaneers easily, which will give them two wins. The toughest game on their schedule is the Falcons at home in Week 16, a revenge game where they come away with the win.

4.) Seattle Seahawks (11-5): NFC West Champs
REMAINING OPPONENTS: vs. Rams (9-4), at Cowboys (7-6), vs. Cardinals (6-7)
After a huge win over the Eagles, Seattle came back down to earth with a disappointing loss to the Jaguars on Sunday. The Seahawks play the Rams in Week 15, which may be the deciding factor in who wins the division. Another tough game for the Seahawks will be next week in Dallas, where the Cowboys will be bolstered by the return of Ezekiel Elliott. Unfortunately for Cowboys fans, the Seahawks will spoil the Elliott return as they roll through their final three games in pursuit of an NFC West division title.

5.) Carolina Panthers (11-5): Wild Card
REMAINING OPPONENTS: vs. Packers (7-6), vs. Buccaneers (4-9), at Falcons (8-5)
The Panthers' chances to win the NFC South took a hit with their disappointing performance against the Saints in Week 13. However, they won a big game against the Vikings, keeping them in the Wild Card. The Panthers will have to face Aaron Rodgers this week , which makes the Packers matchup more difficult, but this team will just keep pounding away playing physical football, which has given the Packers trouble this season. The game where the Panthers lose will be in Week 17 in Atlanta because the Falcons are a much better team at home than on the road.

6.) Los Angeles Rams (11-5): Wild Card
REMAINING OPPONENTS: at Seahawks (8-5), at Titans (8-5), vs. 49ers (3-10)
The Rams fell short to the Eagles last week but need to pick themselves up for the biggest game of the season in Week 15 against the Seahawks. This game is, however, in Seattle, which I believe leads to a Seahawks win. After two straight losses, the Rams will finish out the season with two wins against Titans and 49ers. Even though the Panthers will have the same record as the Rams, the Panthers get the tiebreaker due to the NFL tiebreaker rules.