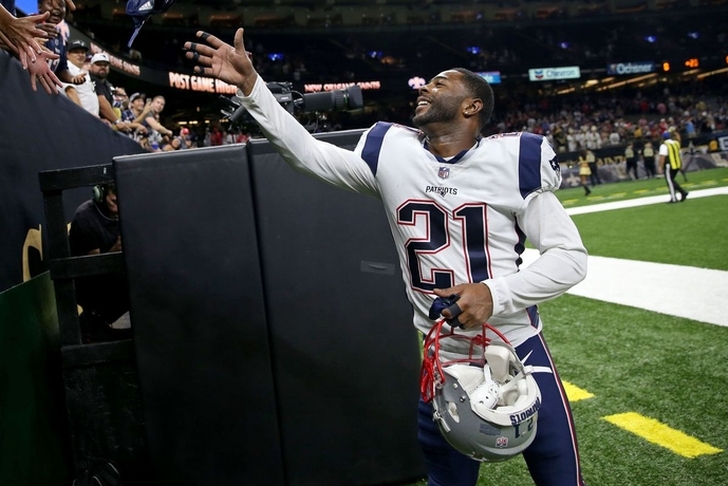 The NFL rumors are churning right now with the NFL free agency and trading period set to begin March 14th at 4pm ET. One of the big named players this offseason has been Patriots cornerback Malcolm Butler and where he will play in 2018. There have been some potential landing spots for Butler, but it appears that Butler may be heading to the Big Apple. The Dolphins need to get above the negatives in terms of cap space, will Miami cut star defensive tackle Ndamukong Suh. Last rumor in today's roundup is on the future of Indianapolis Colts wide receiver Donte Moncrief. Here are the latest NFL news and rumors you need to know:

Malcolm Butler to the Jets?
Ever since Malcolm Butler was benched in Super Bowl LII, the rumors surrounding where he will play in 2018 have grown. Today ESPN's Rich Cimini reports, Butler is expected to be on the New York Jets radar.

The Jets have been linked to multiple players this offseason since they have plenty of cap space. The top corner in free agency is Trumaine Johnson and multiple teams will pursue Johnson's services this offseason. For the teams who miss on Johnson, they may turn their attention to Butler.

Dolphins may release Ndamukong Suh?
The Miami Dolphins have holes that need to be addressed to get over the hump in 2018 and need to try and work out the contracts of defensive tackle Ndamukong Suh and quarterback Ryan Tannehill entering the new season. Combined, they are scheduled to be a $45.9 million cap hit in 2018. According to ESPN's Dianna Marie Russini, the Dolphins are "discussing" releasing Suh.

Suh is 31-years-old and cutting him would be purely financial. The Dolphins are in the worst cap space situation according to Spotrac with negative $18.5 million. He remains an elite player in the trenches and proved that last season with 48 tackles, 4.5 sacks and forced two fumbles.

Colts moving on from Donte Moncrief?
Colts wide receiver Donte Moncrief is a talented player, but injuries have hampered his young career. Moncrief has missed 11 games the last two seasons. According to the Indianapolis Star Moncrief and the Colts are expected to "(part) ways for good."

Moncrief is only 24 years old and has four years of NFL experience under his belt, so he should get some interest on the open market. His down numbers the last two seasons can also be attributed to quarterback Andrew Luck's absence.