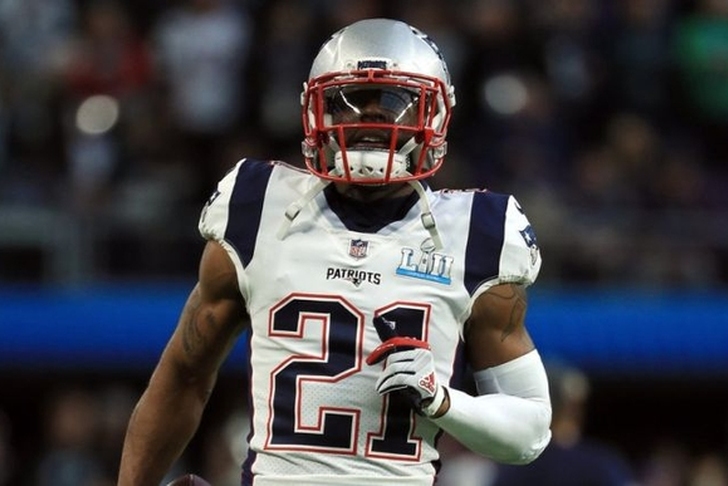 Was Super Bowl LII between the Philadelphia Eagles and the New England Patriots the greatest Super Bowl of all-time? The Eagles defeated the Patriots 41-33, gaining 538 total yards and 35 first downs. Quarterback Nick Foles had a great game for the Eagles, passing for 373 yards with three touchdowns, one interception, and a receiving touchdown. This incredible passing performance by Foles ranks fifth for the most passing yards ever in a Super Bowl game, but was it the biggest storyline from the game?

The biggest story to monitor in this game is why didn't Patriots cornerback Malcolm Butler play? Butler played in 97.8 percent of snaps for the Patriots in the regular season and only played a little bit on special teams, but not a single down on defense in Super Bowl LII. After the game, Butler expressed his frustration, "they gave up on me," Butler said after the game. "F---. It is what it is." Butler was the hero of Super Bowl XLIX against the Seattle Seahawks but didn't get a chance to make a difference against the Eagles.

Butler is set to become an unrestricted free agent after the season and after a questionable decision like this by New England, Butler may take his talents elsewhere. Butler collected only $3.9 million from New England in 2017, but should be expecting something in the range of $12-$14 million annually on his new deal. Butler in 2017 had 60 combined tackles, 12 PBU's, three FFs, two INTs, and one sack.

Here are the five teams who could sign Butler this offseason.

5.) Cleveland Browns
The Browns have the second most cap space in the NFL with $100.9 million according to Spotrac, and this will be their trump card this offseason. The Browns went 0-16 in 2017 and are 1-31 the last two seasons. The Browns allowed the 14th most passing yards this past year but forced only seven interceptions. Adding a player like Butler may help a young defense like Cleveland mesh together and force more turnovers.

4.) Los Angeles Rams
The Rams have a vicious defensive front and need to address the cornerback position now. Los Angeles enter 2018 with $44.6 million in cap space, which is the 10th most in the NFL. Cornerback Trumaine Johnson will get a big contract this offseason after two years of being franchise tagged, but the Rams need to add depth to their secondary. With cornerback Nickell Robey-Coleman and free safety Lamarcus Joyner also joining free-agency, the Rams need to add a player to their secondary.

3.) Oakland Raiders
The Raiders enter 2018 with $20.4 million in cap space, which is the 20th most in the NFL. This will likely mean the team will have to either cut big name players or not spend as much in free agency. Oakland is likely to cut cornerback Sean Smith this offseason since the Raiders would save $8.5 million in cap space. This would free up space to sign Butler.

2.) Seattle Seahawks
The Seahawks finished second in the NFC West with a 9-7 record and have holes they need to fill if they want to make a playoff push in 2018.  A major hole that will need to be filled for the Seahawks is the cornerback position. Seattle is expected to cut cornerback Jeremy Lane who is scheduled to make $7.5 million in 2018, with a dead cap hit of $2.5 million if he is cut. The Seahawks tried trading Lane to the Houston Texans in October, but he failed his physical and was also arrested for a DUI outside of Seattle on January 14th. Seattle enters 2018 with $14.8 million in cap space, which is the sixth lowest amount in the NFL, which means they must make roster cuts like Lane and possibly star cornerback Richard Sherman.  Sherman is recovering from a ruptured Achilles he suffered in Seattle's win over the Cardinals on Nov. 9 and keeping a player set to make $13.2 million in 2018 with only $2.2 million dead cap hit is questionable.

1.) San Francisco 49ers
Thanks to the NFL's rules on rolling over unused cap space, the 49ers have the most cap space in the NFL with $114.1 million. The 49ers believe they have a chance at winning the NFC West and will look to add talent this offseason to their secondary. Don't be surprised to see the 49ers spend a ton of money in 2018, which may mean a great payday for Butler.