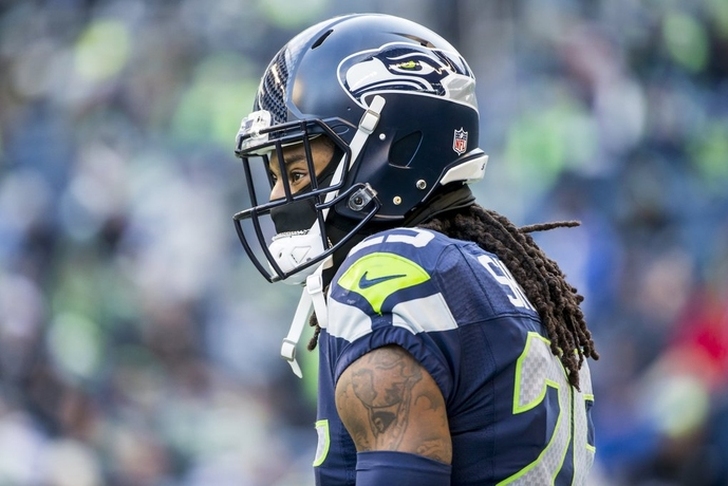 With the NFL Draft now over, teams around the league are looking forward to rookie minicamps and upcoming training camps. There are also a few notable free agents still available that are expected to find landing spots in the coming weeks. Here are all the latest NFL rumors you need to know.

"I don't think anybody's going to offer us anything that would make it worthwhile, because there's no draft involved and all that kind of stuff," Carroll said. "But that's always out there. There's always opportunities to trade. But the likelihood is like zero percent, it seems like. Teams don't want to give up stuff. They don't want to trade at times like this, and it's really hard to navigate through a trade with experienced players during draft time. It just doesn't happen very often."

Seattle had a high asking price for Sherman and no one was willing to meet it. The Seahawks, and every NFL team, are willing to talk trade about any player, but trades rarely happen because the asking prices are too high. That's the case with Sherman and the Seahawks, but this was the rare case of the situation being played out publicly.

"The worst-case scenario is the shoulder doesn’t heal correctly and you’ve got to do it again," Shanahan said. “When you have to do it again, you have to get another surgery and it would be tough to play this year, and you end up having him the next year. But it’s not something that would hurt him long-term. So the worst-case scenario, he wouldn’t end up being able to play for us right away. But I still don’t think how that would have changed how I personally felt about taking a guy with the 31st pick with the caliber of player that we took."

Not having Foster on the field is far from ideal from the 49ers, but as a rebuilding team, they can afford to wait. The long-term health of Foster is what matters the most and Shanahan seems confident Foster will be healthy. The 49ers had Foster at No. 3 on their big board, so getting him at No. 31 was great value.

Tampa police said a different driver ran a stop sign, colliding with Martin's car. Martin was forced off the road and into an air conditioning unit of a building. The Tampa Bay Times reports Martin needed four stitches on his chin. The important thing is that Martin avoided any major injuries.

Daryl Washington Update
Cardinals LB Daryl Washington was reinstated earlier this offseason, clearing the way for him to play for the first time since 2013. But before he gets a chance to re-join the Cardinals, General Manager Steve Keim wants a meeting.

"To be quite honest, we have had dialogue with his agent but have not had a chance to talk to Daryl because of how busy we’ve been," Keim said. " ... More than anything, just an educational briefing of ‘where have you been the last three years? What’s been going on in your life?’ The way the system is set up right now, there is a lot of unknown."

Washington is set to make $2.9 million next year, which is likely too much for a player who has been out of the league for a few years. Washington has been suspended for three years because of substance abuse violations and an aggravated assault charge. In his last full season, in 2012, Washington made the pro bowl.