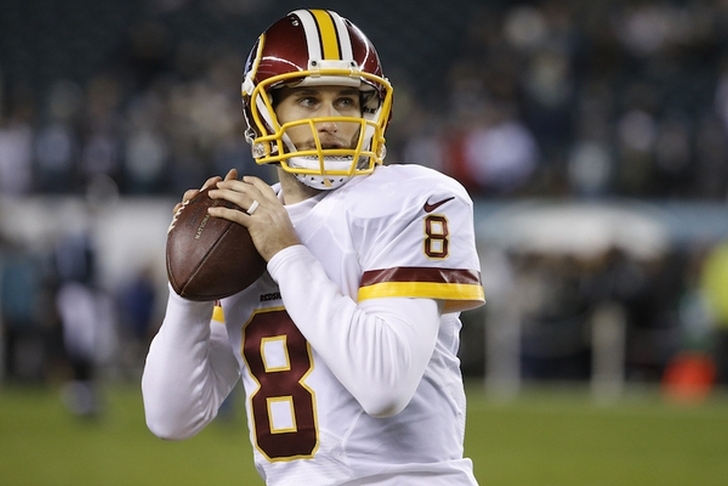 The NFL offseason rumor mill is in a quiet stage, with the start of the preseason less than a month away. However, there is still some buzz, especially around position battles and the upcoming deadline for extension for players on the franchise tag. Here are all the latest NFL rumors you need to know.

Kirk Cousins Contract
The deadline for NFL players on the franchise tag to get a new deal worked out is rapidly approaching. If Kirk Cousins and the Redskins don't get a deal worked out by 4 p.m. Monday, he has to play out the season under the franchise tag. And if that happens, the rumors of Cousins leaving Washington will only grow louder. So far, the Redskins and Cousins are not close to a deal.

Mike Florio of Pro Football Talk reports there are no talks going on between Cousins and the Redskins, though that could still change. Still, it's not a promising sign that the two sides aren't even discussing anything with less than a week to go. In a separate piece, Florio says Cousins won't, and shouldn't, accept the same deal Derek Carr got from the Raiders. Because Cousins has already been franchise tagged twice, he can get more money next year if he's tagged, or likely a bigger deal from the Redskins or some other team. CBS Sports' Joel Curry suggests that Cousins and the Redskins agree to a five-year, $130 million deal with over $84 million guaranteed. It would make him the highest-paid player in the NFL, at least until Matthew Stafford or Aaron Rodgers re-sign.

49ers RB Situation
There's a new regime in San Francisco and that means many starting jobs are wide open. That includes the running back position, which does return Carlos Hyde.

"Very few players have secured their starting jobs for the upcoming season. Carlos Hyde is not among those," writes Matt Maiocco of CSN Bay Area. "He is entering the final year of his contract, and we all know how badly Shanahan and running backs coach Bobby Turner wanted Joe Williams in the draft. Shanahan and Turner would not have stood on the table for Williams if they did not have a clear vision for how he fits into their offensive plan ... Hyde is probably still the favorite to win the starting job, but he will have to earn it. However it shakes out, it is probably safe to assume the club will employ more of a backs-by-committee approach with Williams and Tim Hightower available for key roles."

The 49ers spent a fourth round pick on Williams and he might play a big role in the future. Still, Hyde did rush for 988 yards last year despite battling injuries. If he's healthy, it appears he's still the favorite for the job.

Browns QB Battle
The Browns have three options to start at QB this year: Brock Osweiler, Cody Kessler and second round pick Deshone Kizer. The rookie might have the most upside of the group, but he's also the most raw. Still, Mary Kat Cabot of the Cleveland Plain-Dealer thinks Kizer will take the starting job at some point this year.

"If Kizer were trying to beat out an established, veteran quarterback who either had a future here or had a chance to win big this season, I'd see the wisdom in taking it slow with Kizer," Cabot writes. "But the Browns aren't going anywhere this year, and they need to see what have in their rookie QB. You don't draft a quarterback in the second round if you don't think he has a chance to be your guy. If they let him play, they'll know what they have as they head into another big draft, and if he demonstrates franchise potential, he'll get plenty of experience. I don't think they view Osweiler as their future, so it makes more sense to me to let Kizer learn on the fly and be ready to roll in 2018."

Kizer was a potential first round pick who ended up sliding to the Browns in Round Two. Kessler was last year's third round pick who played plenty last year despite battling injuries. Osweiler was acquired in a rare salary dump by the Texans.