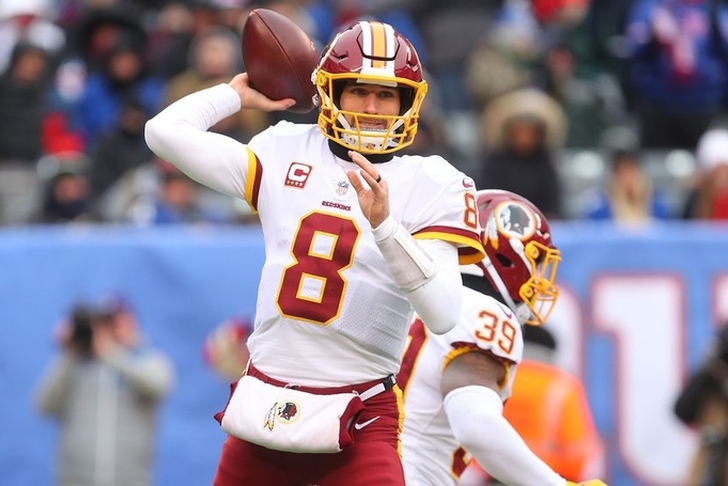 The 2018 NFL Draft is less than two months away and the NFL Scouting Combine is underway. Most of the attention recently has been on the NFL prospects and where they could potentially be drafted. We could see nearly four quarterbacks drafted in the top 10 this year, but to whom? Once quarterback Kirk Cousins signs with a team, that picture will be a little clearer and we may have some insight on which team may land Cousins. Here are the latest NFL news and rumors you need to know:

Broncos Ready to go "All-In" on Kirk Cousins
The biggest free agent this offseason is Kirk Cousins. He will not be returning to the Washington Redskins after quarterback Alex Smith was traded to Washington January 30th.  Cousins spent the last two seasons playing under the Redskins' franchise tag, but that will more than likely not be the case in 2018. Yahoo's Charles Robinson reports, the Denver Broncos are prepared to go "all-in" on Cousins.

Robinson reports Denver has "examined scenarios" to clear up around $50 million in cap space this offseason. General manager John Elway has pulled the trigger on a quarterback in the past, adding Peyton Manning and may do the same this season with Cousins. The Broncos spent a first-round pick on Paxton Lynch just two years ago, but he has not developed in the way Denver hoped.

Cousins has called Washington home for the past six seasons and played under the Redskins' franchise tag the last two years. Cousins has averaged 67% completion, 4,392 yards, 27 TDs, and 12 INTs the past three years. He has also been sneaky good with his legs, rushing for 13 touchdowns the last three years. Cousin's market value according to Sportac is around $25.6 million per year.

The 49ers are Interested in Trumaine Johnson
The San Francisco 49ers have the sixth-most cap space in the NFL with $71.7 million, which means they will likely spend in free agency.  A player on the 49ers' radar is free agent cornerback Trumaine Johnson. According to Draft Analyst's Tony Pauline, the 49ers are expected to be the Oakland Raiders' "main competition" for Johnson.

Johnson is the top corner on the market and not expected to re-sign with the Los Angeles Rams after the Rams acquired cornerback Marcus Peters from the Kansas City Chiefs.

The 49ers have been rumored to multiple cornerbacks in the NFL Draft, but that may change if they land Johnson this offseason. Johnson had 65 tackles, two INTs, one FF, and one TD in 2017. Johnson's market value according to Sportac is around $13.6 million per year.

C.J. Anderson an Option for New England?
The Broncos may cut running back C.J. Anderson and if they do the Patriots have interest in signing Anderson, according to NESN's Doug Kyed.

The Patriots were one of the teams interested in Anderson along with the Dolphins and Bears last season when he was a restricted free agent in 2016. If running back Dion Lewis leaves New England this offseason, don't be surprised to see them target Anderson.

Anderson last season was solid on a bad Broncos offense carrying the ball 245 times for 1,007 yards and three touchdowns.