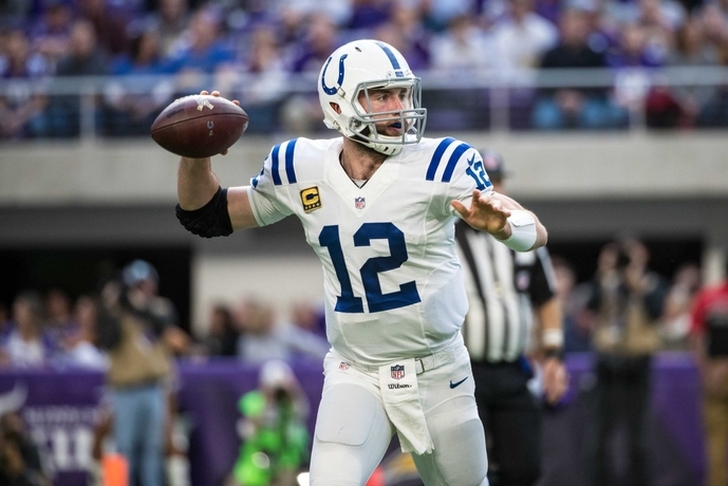 Gareon Conley Latest
The Raiders have signed Gareon Conley, so with his contract situation out of the way, the focus turns to his legal situation. According to one report, a grand jury will soon make a decision on Conley.

Ian Rapoport says Conley doesn't know if that report is true, because police haven't told Conley and his camp if the grand jury is meeting. However, the Raiders and Conley believe nothing will come of the case, which is why the Raiders took him in the first round. In the meantime, Conley has been placed on the PUP list. He joins OL Jon Feliciano and DL Jihad Ward, while DE Mario Edwards and LB Bruce Irvin are on the NFI list. Edwards' injury history might cause some Raiders' fans to worry, but he and the rest of the players' placement on the lists appear to be only precautionary.

Matt Stafford Extension
The next quarterback to get paid is going to be Matt Stafford of the Detroit Lions. The two sides are in contract discussions.

The 29-year-old QB's new contract will likely top the five-year, $125 million contract with $70.2 million guaranteed that Derek Carr got from the Oakland Raiders. Stafford is coming off a good season in Detroit, completing 65.3 percent of his passes for 4,327, 24 touchdowns and 10 interceptions.

"It's hard for me to look beyond, really, today's rehab session," Luck told the Indianapolis Star. "That's the approach I have to take ... if you want to get truly healthy. If you want to get better than you were before the injury."

That's worrisome, but Luck tried to calm any concerns.

Corey Davis Signs
The last of the unsigned NFL draft picks has agreed to a contract.

The #Titans had the lone draft pick unsigned -- the No. 5 overall pick. They just agreed with Corey Davis and all the picks are signed.

The move by the Titans and Davis ensures there will be no Joey Bosa-type holdout this year. Davis will be expected to play a key role in a Titans' offense that upgraded the weaponry for QB Marcus Mariota.