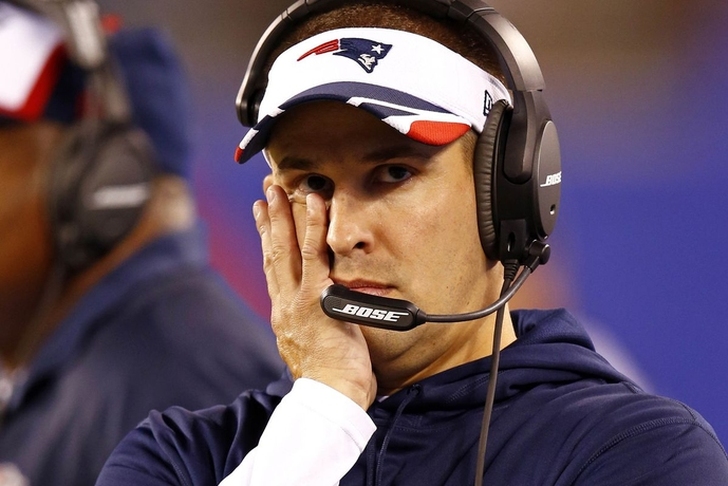 The NFL offseason is in full swing and there are a ton of news and rumors buzzing around the league. The drama surrounding New England Patriots OC Josh McDaniels' decision to stay in New England gets a little juicer, the Browns are targeting a quarterback in free agency, and have the Panthers found a new owner?  All these questions are answered in today's rumors roundup, so without further ado, here are the latest NFL rumors you need to know:

McDaniels Stays In New England Strictly For Football Reasons
The McDaniels saga with the Indianapolis Colts has been an interesting story to follow. In early February, McDaniels backed out of his deal with the Colts to become their head coach in order remain in New England. His decision to stay with the Patriots comes after, as ESPN's Adam Schefter reports, owner Robert Kraft "sweetened" his contract.

The MMQB's Peter King said on “PFT Live” that McDaniels chose to remain in his position as Patriots offensive coordinator strictly for football reasons. “This had nothing to do with his family,” King said. “It was about the Patriots giving him a better option than Indianapolis.”

The Browns will attempt to sign quarterback Kirk Cousins this offseason, but that doesn't seem likely since Cousins has stated he wants to play for a winning team. The Browns don't fit this bill considering they are 1-31 over the past two seasons.

McCarron has a history with current Browns head coach Hue Jackson, who was the offensive coordinator for the Bengals before joining the Browns. McCarron may be a one-year filler for the Browns to help whichever rookie quarterback Cleveland decides to draft this season, giving the rookie quarterback time to sit and learn for a season.

Panthers Have A Serious Bidder
The Charlotte Observer reports South Carolina businessman Ben Navarro has emerged as the first serious candidate to buy the Carolina Panthers.

Panthers owner Jerry Richardson said he was putting the Panthers up for sale in December following an explosive Sports Illustrated report alleging racial and sexual misconduct in the workplace by Richardson.

Per his Bloomberg profile, Navarro is the "Founder and Chief Executive Officer of Sherman Financial Group, LLC." He also previously worked for Goldman Sachs and Citicorp. Navarro could be the first known bidder to buy the Panthers outright.