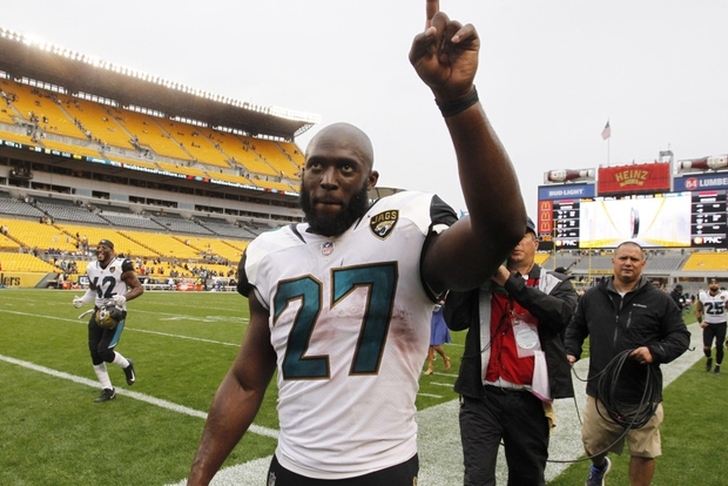 An injury-riddled season and another week around the NFL filled with injuries. We saw Leonard Fournette, Tyreek Hill, Golden Tate and Jameis Winston suffer injuries. These are key players on their teams and will drastically impact the outcomes of games in Week 7 and beyond if they are out.

You May Also Like: The Latest Aaron Rodgers Injury Update

1. Leonard Fournette Injury Update
Even though Jacksonville Jaguars running back Fournette left the game this past weekend it was reported that he would have been able to return. The game was already in hand so it isn't a surprise that Fournette didn't return.

.@Jaguars RB Leonard Fournette did not return, but after being spatted for right ankle injury, he was medically cleared to return to action.

The fact that he was medically cleared to return is a good sign and he looks like he will be a go in Week 7 against the Indianapolis Colts.

2. Tyreek Hill Injury Update
Kansas City Chiefs wide receiver Tyreek Hill was hit hard in Sunday's games against the Steelers and went through the concussion protocol. He left the game at the end of the third quarter while returning a punt.

Since Hill didn't suffer a concussion he should be a full go against the Raiders in Week 7.

3. Golden Tate Injury Update
Bad news for the Detriot Lions and their best wide receiver Golden Tate. He was forced to leave Sunday's game early with a shoulder injury. He didn't hurt his shoulder before his great touchdown celebration which was him dropping the people's elbow on the football.

If he misses a few weeks this will hurt the offense and Matthew Stafford since Tate is the safety blanket for Stafford. Luckily the Lions are on a bye in Week 7 to give him extra time to rest.

4. Jameis Winston Injury Update
So there is some good news and some bad news for the Tampa Bay Buccaneers quarterback Jameis Winston. He had to exit Sunday against the Arizona Cardinals after a hard tackle where he landed on his throwing shoulder.

.@Jaboowins suffers an AC joint sprain in his throwing shoulder...he may be able to play through the injury

So the bad news is that he suffered an AC joint sprain and the good news is he may be able to play through the injury. He was throwing on the sideline which has to be a good sign. As soon as more information comes out regarding his injury, Chat Sports will keep you updated.

To hear more details about these players and the injuries going forward make sure you listen to The Fantasy Football Rumors Podcast with hosts Mitchell Renz and Tom Downey as they discuss the biggest injuries, news, and rumors around the NFL.