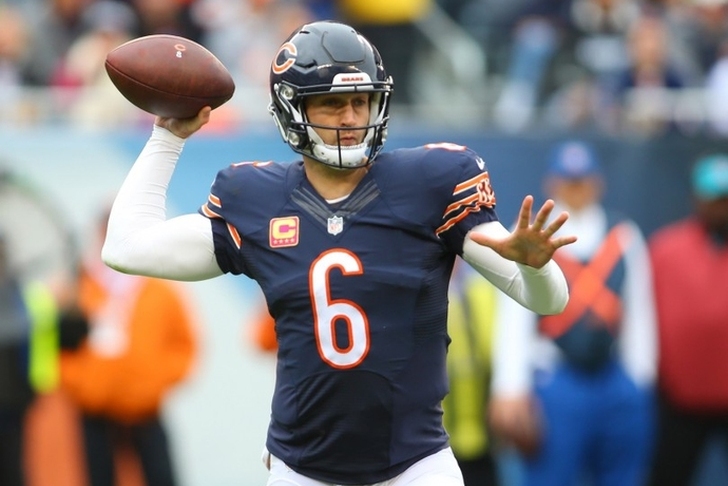 The NFL preseason is officially underway, with the first preseason game in the books. That means the NFL Rumor mill will become more active, with various roster moves, holdouts, extensions and injuries. Here are all the latest NFL rumors you need to know.

Dolphins Reached Out To Jay Cutler
UPDATE: Cutler is reportedly close to signing with the Dolphins
Original story:
The Dolphins are still unsure just how long QB Ryan Tannehill will be out after re-injuring his knee, but they're already working on contingency plans. Armando Salguero of the Miami Herald reports the Dolphins have already reached out to retired QB Jay Cutler. Salguero adds that it head coach Adam Gase has been in contact with Cutler over the last two days. Gase coached Cutler in Gase's only year as the Bears' offensive coordinator. Cutler retired this offseason, taking a job as a color commentator with Fox Sports. However, the possibility of playing under Gase again as a starting QB could lure him out of retirement. However, there's no guarantee the Dolphins will sign Cutler or if they'd be willing to promise him the starting job over Matt Moore.

Hopkins Wants Savage As The Starting QB
The Houston Texans have two possible starting QBs this year: Tom Savage and rookie Deshaun Watson. The Texans traded up to land Watson, but WR DeAndre Hopkins has voiced his support for Tom Savage.

"If anybody should be a judge of quarterbacks, I've played with the most quarterbacks in NFL history throughout my first four years," DeAndre Hopkins told ESPN. "So I put the stamp on Savage, and I think that's all that needs to be said about that .. I've played with at least 10 quarterbacks. So because of what [Savage] does well and what he can do for this team, I know he can help us win what we want to win. He does everything well. He's a student of the game, from just being on the bench, watching and learning from other people's mistakes, seeing what they've done wrong. He can put the ball in any place. He has a strong arm. He has a knowledge of this offense. He's been in this offense his whole career."

Of course, that's far from the last we'll hear of the Texans QB battle. Savage is getting all of the first-team reps in practice right now, with Watson working with the second team. Savage is still searching for his first career TD pass, even after getting some starts last year.

Josh Gordon Latest
Gordon was denied reinstatement by the NFL back in May and can't re-apply until the fall. However, it appears his camp is expecting some good news soon. For the first time since April, Gordon sent out a tweet.

That by itself isn't worth noting, but there's also this from a Cleveland-based writer.

from a source close to Josh Gordon: the wide receiver is in "good spirits" and expects some "good news" in the near future

Of course, it's all vague and unclear, but the assumption is that maybe Josh Gordon will actually be back in the NFL. He was reinstated by the NFL in July 2016, but went to rehab instead of joining the Browns. Gordon has faced multiple suspensions for marijuana, but when on the field, he's been a dynamic and productive WR. The Browns left open the door for a Gordon return back in March, but they've built their roster at WR like they don't expect him back.