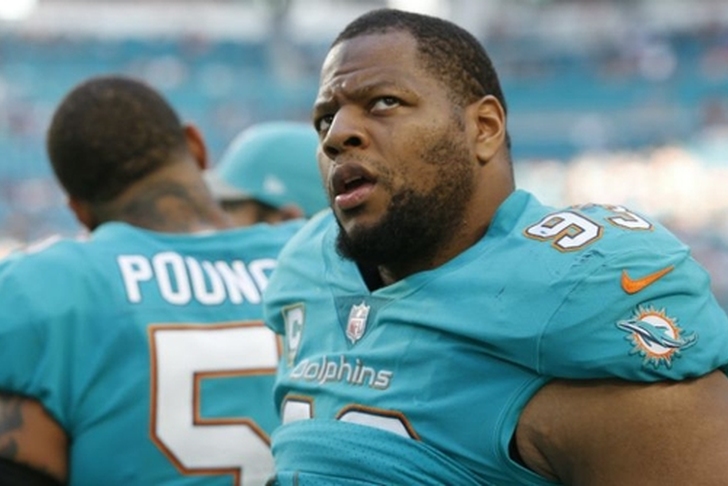 The NFL offseason is in full swing now that the new league year has started and there are plenty of rumors and news buzzing around the league. There are still several top-tier free agents who are available and are drawing interest from several teams. Here are the latest NFL news & rumors you need to know:

Dolphins part with Mike Pouncey
Starting Dolphins center Mike Pouncey requested to be released from the team today and Miami will grant it, according to ESPN's Adam Schefter.

More changes coming in Miami: Dolphins center Mike Pouncey has requested his released and Miami is expected to grant it today, per source. Moving on from Pouncey, Ndamukong Suh, Jarvis Landry.

Pouncey, who played his first 16-game season since 2012 last year, played in and started 93 games since he was drafted in 2011. Miami will save $7 million against the cap by releasing him.

RELATED: Here Are The 3 Best Signings From 2018 NFL Free Agency

"Tangible interest" exists between Seahawks, Ndamukong Suh
Miami also released star defensive lineman Ndamukong Suh earlier this week and he has had no shortage of suitors on the open market. However, it looks like the Seattle Seahawks are right at the top of his interest list, according to Jordan Schultz of Yahoo Sports.

Ndamukong Suh tells me he had a great phone conversation with Pete Carroll last night and that there is tangible interest between both parties. The #Seahawks are very excited about Suh -- who has a host of potential suitors -- given how dominant and disruptive he is.

Tyrann Mathieu values winning over money
Safety Tyrann Mathieu was released by the Arizona Cardinals earlier this week after refusing to take a pay cut, and now that he's on the open market, he told SI.com's Albert Breer that his top priority is to go to winning team.

“It’s not all about money for me,” he said. “I want to go somewhere where I can be completely immersed in football, and it’s not too much about anything but winning. I want to be a part of winning culture, where you feel that all the time. That’s all I want.”

Mathieu started all 16 games for the Cardinals last year, racking up 78 tackles with two interceptions and a forced fumble.

RELATED: 5 NFL Teams That Could Sign Tyrann Mathieu Now That The Arizona Cardinals Cut Him