NFL Rumors: Browns Not In Love With Any Of This Year's Top QB Prospects, Redskins Will Upgrade At RB, And Ravens May Cut Danny Woodhead 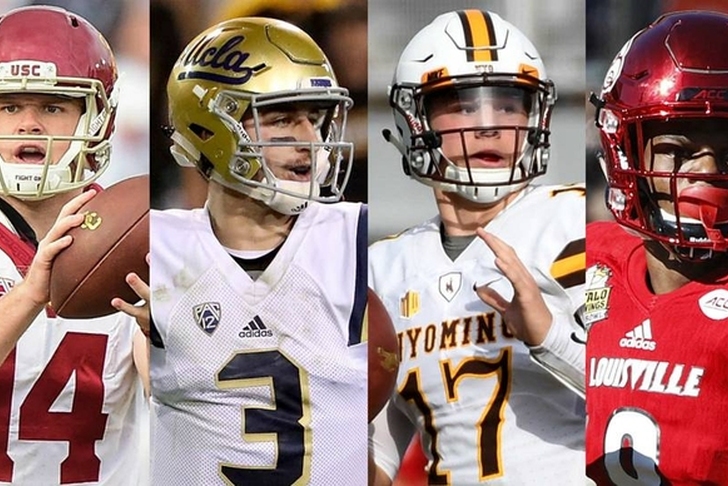 The 2018 NFL Draft is exactly two months away and the rumors surrounding where the top prospects will land is heating up. The NFL is a quarterback-driven league, however, the Cleveland Browns may not select a quarterback in this year's NFL Draft. Over the last two seasons, rookie running backs have been taking the league by storm and it appears the Washington Redskins may want to upgrade at the running back position. Will the Ravens cut a veteran thus foreshadowing what they will do in the draft? All these rumors are answered in today's NFL rumors roundup:

Browns Not In Love With Any Top QB Prospects
The Browns have the first and fourth pick in the 2018 NFL Draft. The Browns are in search of a quarterback and it has been a foregone conclusion that Cleveland would select a quarterback with one of their top two picks.

Expect Chris Thompson to remain the third down back for the team, but the early down role for Washington is still a question mark. Fourth-round rookie Samaje Perine failed to impress on a consistent basis and Rob Kelly is merely a glorified fullback.

Look for the Redskins to either find a player in free agency such as Browns running back Isaiah Crowell or select a running back in the draft. Crowell has been linked to the Redskins this offseason,  the 25-year-old in 2017 had 853 rushing yards and two touchdowns.

Ravens Could Cut Danny Woodhead
The Baltimore Ravens cap situation is tight, with only $10.3 million in free cap space. This means Baltimore needs to make some roster cuts. The Baltimore Sun's Jeff Zrebiec listed running back Danny Woodhead as a potential cap cut.

Woodhead is a logical cap cut considering he only played eight games and even when he was healthy Woodhead wasn't an important role. The Ravens have Alex Collins and Kenneth Dixon in the backfield who are much younger and capable of handling the Baltimore running game.

The 33-year-old if cut would save the Ravens $1.8 million, thus expect Woodhead to be cut by the Ravens. Woodhead is coming off a season in which he managed only eight games and was not a big part of the offense even when on the field.