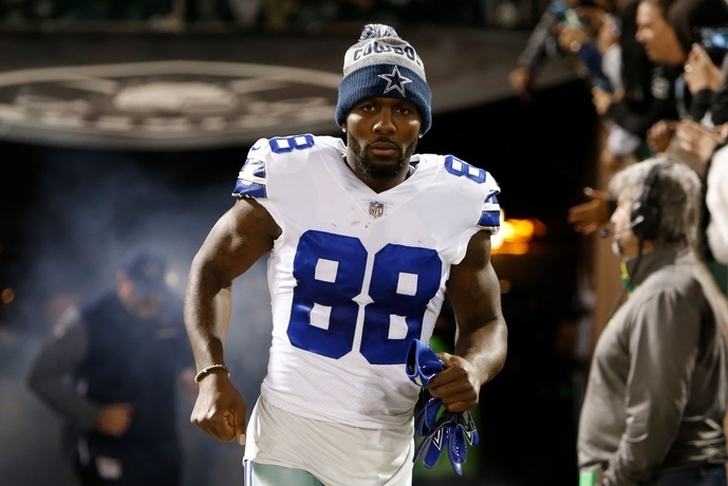 The 2018 NFL Draft is now officially in the books, and as such, teams are turning their attention towards rookie camps and final preparations for the new season. However, there are still a few big-name free agents still available - headlined by Dez Bryant - and trades that could happen this summer. Here are all the latest NFL rumors you need to know:

Bills not interested in Dez Bryant
The Buffalo Bills were rumored to be interested in Bryant, but general manager Brandon Beane said that is not the case, according to the team's website.

"We'll look at everything," Beane. "We have looked at Dez on tape, but I wouldn't take it any further and I don't know where that would go. We're looking to get better at all positions and receiver is one, so if we thought that was the right fit for us we would potentially pursue it."

Bryant, who was released by the Dallas Cowboys earlier this month, caught 69 passes for 838 yards and six touchdowns last season.

Colts won't trade Andrew Luck
The Indianapolis Colts are still dealing with the uncertain future of quarterback Andrew Luck, who hasn't thrown a pass in an NFL game in a year and a half, but the team has turned down all trade offers for him and will continue to do so, general manager Chris Ballard says.

"Look, we had some calls last year at the trade deadline," Ballard said, per the team's official website. "And I just -- come on man. I'm not taking those seriously.

"We're not trading Andrew Luck. I'm not putting that on my resumé."

Why Derrius Guice fell in NFL Draft
Former LSU running back Derrius Guice was projected to be a late first- or early second-round pick in the NFL Draft, but ultimately dropped to the Washington Redskins with the No. 59 overall pick due to teams concerned about his maturity, according to NFL Network's Tom Pelissero.

"There were additional rumors that did surface this week that teams had to look into," Pelissero said. "I had long conversations with multiple executives this morning who had looked into those. One told me he came to the conclusion that this was just another example of immaturity with Guice.

"This is a young man who does not drink, does not smoke, does not have a criminal record. Nobody speaks about him in that regard in terms of a risk. It's all about what you're going to need to do for six days and 21 hours each week to get him to those three hours on Sunday when the Redskins clearly believe they might have a star on their hands."

Guice rushed for 1,251 yards and 11 touchdowns and also caught 18 passes for 124 yards and two more scores for the Tigers last season.