NFL Rumors: Injury Update on Aaron Rodgers After Being Carted Off Field 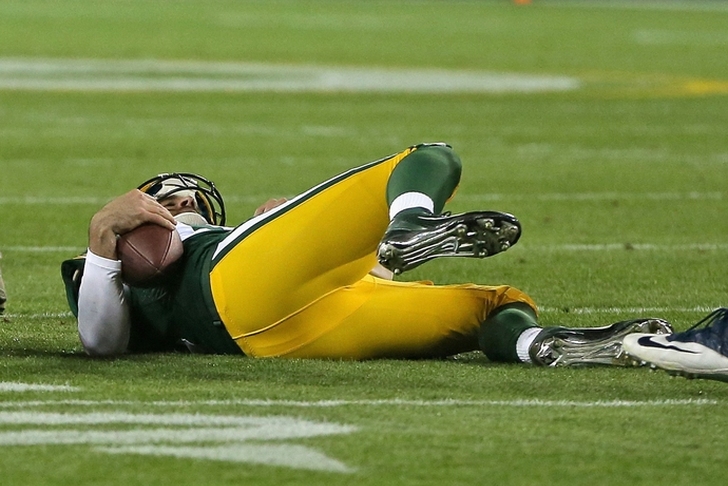 Green Bay Packers quarterback Aaron Rodger left Sundays game against the Minnesota Vikings after a hard hit where Rodgers landed on his shoulder. He had to be carted off the field which is never a good sign.

Aaron Rodgers suffered a right shoulder injury on this play. He has been carted to the locker room. #GoPackGo #GBvsMIN pic.twitter.com/aSa864w0Fm

The hit, in my opinion, wasn't dirty just unlucky for Rodgers who has dealt with a broken collarbone before. Collarbones usually take six to eight weeks to heal.

It looks like the Packers will be without their star quarterback for a large part of this season or perhaps the entire season.

QB Aaron Rodgers suffered a broken collarbone. There's a chance he could miss the rest of the season.

If this is a season-ending injury, Brett Hundley will take over as the starter at this point.