4 Players The Packers Could Sign To Replace Aaron Rodgers, Including Romo, Kaepernick 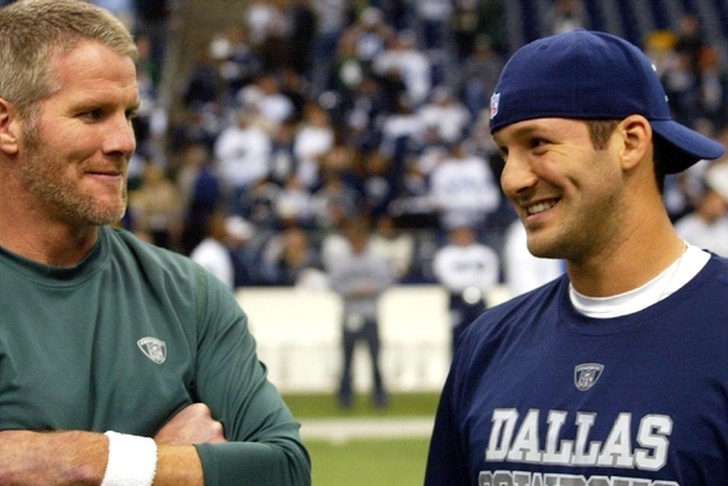 The Green Bay Packers lost their quarterback on Sunday against the Minnesota Vikings so they may want to look into signing a new quarterback. There is a chance Rodgers may be done for the season. Below are five quarterbacks who may get a phone call from the Packers.

1.) Colin Kaepernick
There was more news surrounding the quarterback today as Kaepernick filed a grievance against NFL Owners. This may be an obvious name on any quarterback list but I think Kaepernick should at least get a phone call. A chance for Kaepernick to show he can still play in his home state.

2.) Tony Romo
Romo is from Wisconsin and the veteran may come out of retirement to play for a good Packers team. Sure he is killing it broadcasting games but you can this guy still wants to play and believes he can play. He even said on Thursday Night football this week about wanting to play again. Sure there was some sarcasm in his voice but it wouldn't totally surprise me to see him on the field again.

3.) Shaun Hill
The veteran played in NFC North division for much of his career so the Packers have seen him play plenty and know what they would be getting. Hill could be a depth quarterback who can help the learning curve of the Packers young quarterbacks. I don't think he would start but he would be a safe depth add.

4.) Matt Flynn
Flynn played with the Packers from 2008-2011 and the Packers are the team that drafted him. Flynn was called on the last time Rodgers broke his collarbone and actually played pretty well. This system isn't easy to learn and for a guy who has at least some experience in it may lean the Packers to give him a call.

It took every ounce of muscle in my fingers to not type Brett Favre above but can you even imagine if he were to come out of retirement? The story of the year? It probably would be though it seems extremely unlikely though.

The Packers system is complex and it takes a few years to really fully understand which is why I don't think they will add a quarterback but the names above (besides Favre) are the notable options in case they do look for depth.