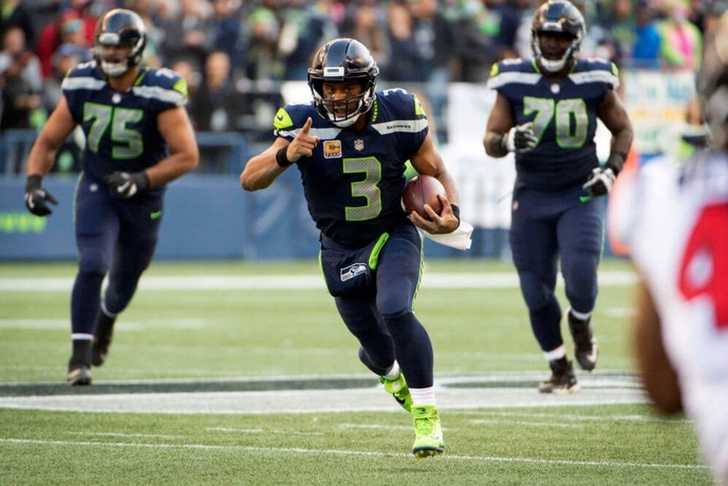 16.) Tennessee Titans (4-3)
Last Week: 19
The Titans were on a bye in Week 8 which lets this team get healthier. The Titans will be home against a Ravens team that may be without Joe Flacco.

15.) Washington Redskins (3-4)
Last Week: 10
The Redskins have had a difficult schedule this season and it won't get any easier as they will take on the Seahawks. Kirk Cousins is doing everything in his power to make this offense go but the receivers have been very disappointing this season.

14.) Houston Texans (3-4)
Last Week: 14
The Texans have lost to the Patriots, Chiefs, and Seahawks. All of which are quality teams. They lost in the last few seconds to the Patriots and Seahawks. This team could easily be 5-2. The future is bright for this team with Deshaun Watson.

13.) Atlanta Falcons (4-3)
Last Week: 15
Barely beating the Jets is nothing to brag about. The Falcons continue to be underwhelming on offense and have a tough in NFC South Division game against the Panthers in Carolina this week.

12. Carolina Panthers (5-3)
Last Week: 11
The Panthers held the Buccaneers to only three points which is impressive. The Panthers offense is still a question mark and now they are even thinner at wide receiver since they traded Kelvin Benjamin to the Bills.

11.) Jacksonville Jaguars (4-3)
Last Week: 13
Sacksonville has added another defender to get after the quarterback. Marcell Dareus is the newest addition to this already scary front. After the bye, the Jaguars are looking to show the NFL they are for real.

10.) Dallas Cowboys (4-3)
Last Week: 12
The Cowboys looked great against the Redskins in Week 8. The bad news is Ezekiel Elliott is suspended for six games which are really going to hurt this team. Time for Dak Prescott to step up.

9.) Buffalo Bills (5-2)
Last Week: 9
They keep winning and this past week they won in impressive fashion beating the Raiders by 20 points. The weakest part of the Bills offense was their receivers but strengthened that yesterday by trading for Kelvin Benjamin.

8.) Los Angeles Rams (5-2)
Last Week: 6
Yea the Rams dropped two spots after being on a by but that's because the teams above them have just simply looked better recently. Let's see if the Rams can keep it going after the bye.

7.) New Orleans Saints (5-2)
Last Week: 7
Five wins in a row. The defense is playing well and the offense is much more balanced than what we are used to seeing. This week they get the struggling Buccaneers.

6.) Seattle Seahawks (5-2)
Last Week: 8
The Seahawks have been playing much better and in large part of that is Russell Wilson who may be the most important player to his team.

5.) Minnesota Vikings (6-2)
Last Week: 5
The Vikings beat up on a weak Browns team but all that matters is they continue to win. They might be the most physical team in the NFL on defense which translates to their offense being on the field a ton and slowly wearing down a defense.

4.) Kansas City Chiefs (6-2)
Last Week: 3
The Chiefs dropped one spot because the Steelers have been playing well and beat them head to head in Kansas City. Really wish they would have made an effort to sign a cornerback to help out Marcus Peters.

3.) Pittsburgh Steelers (6-2)
Last Week: 4
The Steelers have won three in a row and are starting to find their groove. This defense looks like an old-school Steelers defense and the offense is running through Le'Veon Bell which is turning into wins.

2.) New England Patriots (6-2)
Last Week: 2
The Patriots have won four in a row and the reason isn't because of the offense. The defense has been playing much better, they haven't given up more than 17 points in the last four games.

1.) Philadelphia Eagles (7-1)
Last Week: 1
The Eagles continue to fly high and are pushing for their first ever Super Bowl. Yesterday the Eagles traded for Dolphins running back Jay Ajayi which will boost their offense. The Eagles will play the Broncos in Week 9 and look to keep the solid play going.