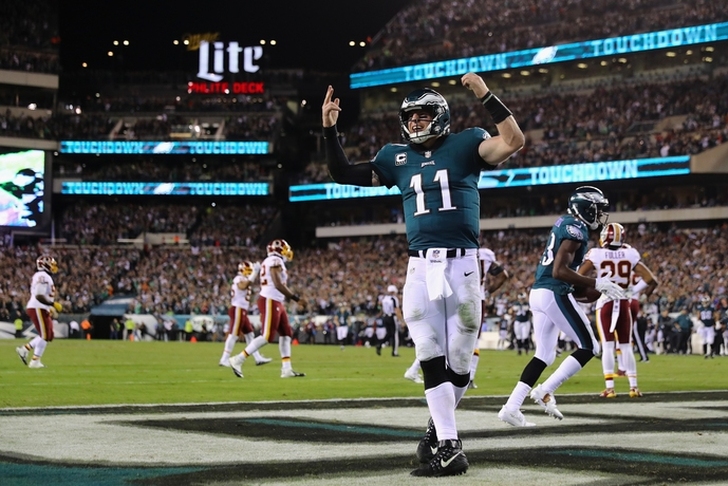 16.) Miami Dolphins (4-2)
Last Week: 19
The Dolphins lost Jay Cutler but gained a better starting quarterback in Matt Moore. Go figure a quarterback who has been on the team the last few years understood the offense better. Hm.... strange how that works. The Dolphins defense continues to play well and now if the defense can start playing better this will be a sneaky team.

15.) Atlanta Falcons (3-3)
Last Week: 9
The Super Bowl hangover is starting to get a little old. The only thing that I simply can't understand is the play calling of the Falcons. Hard to believe when you get the ball to Julio Jones good things happen. Also hard to believe when you run a jet sweep with Taylor Gabriel instead of giving it to one of your great running backs blows my mind.

14.) Houston Texans (3-3)
Last Week: 16
Coming off of a Bye is the Texans and they get a real test traveling to Seattle which is one of the most difficult places to play in the NFL. It will be interesting to see Deshaun Watson in this matchup.

13.) Jacksonville Jaguars (3-3)
Last Week: 15
Sacksonville, love this nickname. After getting 10 sacks I think it is well deserved. When Blake Bortles can be a game manager he can actually be pretty good and this running game is for real. Combine that running game with this young defense, but call me crazy I think the Jaguars win this division.

12.) Dallas Cowboys (3-3)
Last Week: 18
Ezekiel Elliott went an enjoyed a full course buffet against the 49ers on Sunday. If this is how he plays with a clear mind, I might start taking yoga to clear my mind because he was unreal in Week 7. Keep feeding Zeke!

11. Carolina Panthers (4-3)
Last Week: 5
A team that plays with swagger and when they don't have the confidence they simply aren't very good. The roller coaster ride that is Cam Newton can be enjoyable but sometimes it leaves me sick.

10.) Washington Redskins (3-3)
Last Week: 10
Yes, The Redskins do have three losses but they were to the Chiefs and twice to the Eagles. Kirk Cousins is the ultimate competitor and has an offense playing much better than the talent on the field should be playing.

9.) Buffalo Bills (4-2)
Last Week: 12
The Bills almost blew a huge lead but they regained their composure and won a close game. LeSean McCoy finally found the end zone and Tyrod Taylor beat up a weak Bucs defense with his arm and extended drives with his legs.

8.) Seattle Seahawks (4-2)
Last Week: 8
Russell Wilson and the Seahawks seem to struggle early in games and then something clicks and they are a totally different team. I wish the Seahawks could put it together for four quarters because if they did they would easily be a top-five team.

7.) New Orleans Saints (4-2)
Last Week: 13
The Saints did beat the Packers in Green Bay without Aaron Rodgers which isn't as special but still Green Bay isn't an easy place to win, The Saints defense has actually been playing better and the Saints offense is getting it done through the air and on the ground. Four straight wins and the best team in the NFC South.

6.) Los Angeles Rams (5-2)
Last Week: 7
The Rams beat the Cardinals 33-0. Not only did their defense pitch a shutout (mind on the World Series) the offense also is steamrolling teams. The running game with Todd Gurley may be the best in the league combined with Jared Goff coming into his own as a good young quarterback in this league.

4.) Pittsburgh Steelers (5-2)
Last Week: 4
The Steelers aren't hiding from anyone at home. When the Steelers play at home they are easily one of the most feared teams in the NFL.  This week they travel to Detroit and if the Steelers are going to stay in the top five they simply need to play better on the road.

3.) Kansas City Chiefs (5-2)
Last Week: 1
Two straight losses for the Chiefs and they are bounced from the top spot. Sure they lost on late second touchdown but it's still two losses in a row. The Chiefs are one of the most penalized teams in the NFL and it led to their loss on Thursday and will continue to plague them if they don't start playing cleaner football.

2.) New England Patriots (5-2)
Last Week: 3
A foggy game in Foxborough led to a nice win for the Patriots. The Patriots defense the last three weeks has been playing much better allowing a combined 38 points. The Patriots are using a running back by committee and spreading teams out with their passing game. The Patriots are getting stronger each week.

1.) Philadelphia Eagles (6-1)
Last Week: 2
The best record in the NFL and right now the NFL MVP. Carson Wentz has been spectacular throwing for 17 touchdowns which is already more than he had last season. He has not been having a sophomore slump and the Eagles are the most complete team in the NFL. They get the 49ers this week so chances are good they will remain number one for next week's Power Rankings (Spoiler Alert).