NFL Power Rankings Week 8 - Who Is The New Team At The Top? 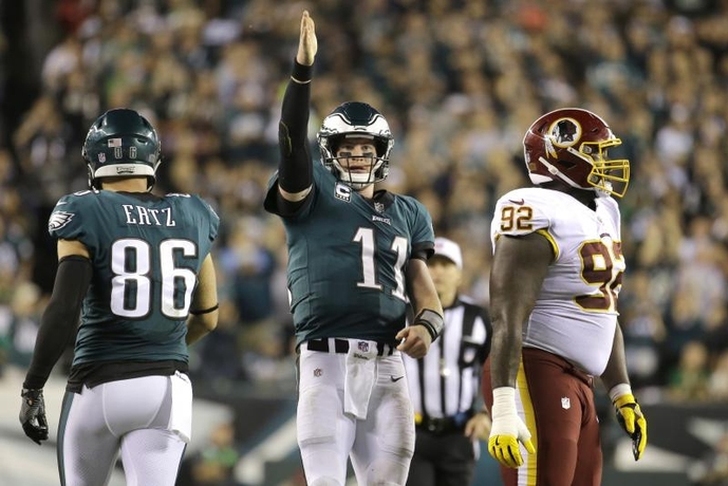 32.) Cleveland Browns (0-7)
Last Week: 32
Hue Jackson gave up on Deshone Kizer and now ruined a raw and talented quarterback. I'm done believing he is a good coach and now that the Browns lost their best player Joe Thomas how can I expect them to win. Joke of an organization.

31.) San Francisco 49ers (0-7)
Last Week: 31
The 49ers haven't beaten a team that is not named the Rams since December 6th, 2015. As bad as this team is on both sides of the ball they might not win a game until 2025. Luckily they get the Eagles this week. Should be an entertaining to watch (sarcasm).

30.) Indianapolis Colts (2-5)
Last Week: 30
Ask T.Y. Hilton what the issue, he will tell you. It is the offensive line. They are the reason Andrew Luck is injured and after giving up10 sacks soon Jacoby Brissett will be injured. 10 Sacks? That's laughable.

29.) NewYork Giants (1-6)
Last Week: 28
The Giants came back down to Earth and lost to a clearly better team the Seahawks. They had a brief lead until the Seahawks closed the game on a 21-0 run. The Giants offense couldn't move the ball and their offensive line was eaten alive by the Seahawks front seven.

28.) Arizona Cardinals (3-4)
Last Week: 20
No David Johnson, No Carson Palmer this team is done. The defense you saw gave up and pretty soon this team will give up.

27.) Tampa Bay Buccaneers (2-4)
Last Week: 27
Jameis Winston and this offense showed some life which is a positive sign. The bad news is the defense is horrible right now. Their secondary has been getting torched all season and that doesn't seem to be ending anytime soon.

26.) New York Jets (3-4)
Last Week: 24
The Jets have been playing much better on both sides of the ball. Better than I think anyone could have projected. They lost a close game to the Dolphins and came up a few points short of being 4-3.

25.) Cincinnati Bengals (2-4)
Last Week: 26
The Bengals offensive line is literally offensive to watch. Also, Andy Dalton's happy feet in the pocket are getting out of control. I can't believe I thought Dalton was an above average quarterback in this league. I know the offensive line is bad but with the weapons he has he should be dominating.

24.) Baltimore Ravens (3-4)
Last Week: 21
Joe Flacco is the Achilles heel of this team and has been ever since he got paid. He isn't talented enough to carry a team, not now, not ever. The defense is doing everything they can to keep the Ravens in games.

23.) Chicago Bears (3-4)
Last Week: 29
The Bears defense may be the most underrated defense in the NFL. They have actually been pretty solid this season. The Bears relied on their ground game and let Trubisky be a game manager which led to another win for the Bears.

22.) Green Bay Packers (4-3)
Last Week: 14
No Rodgers and it was hard to watch. If Rodgers plays in this game the Packers win by two touchdowns. Brett Hundley isn't the answer which was clear. Luckily Aaron Jones is the truth and will be carrying this team.

21.) Los Angeles Chargers (3-4)
Last Week: 25
The Chargers have won three games in a row. Finally showing some promise and they are playing a more complete game. Running the ball, passing the ball effectively which helps keep the defense off the field.

20.) Oakland Raiders (3-4)
Last Week: 23
After a few ugly games, the Raiders won on a last-second touchdown to beat the Chiefs. Derek Carr and Amari Cooper absolutely balled out and gave Raiders fans hope again. The Raiders looked like a playoff team and now maybe that wa+s the game that sparks this team to play to their potential.

19.) Tennessee Titans (4-3)
Last Week: 22
The Titans are luckily going into a bye so quarterback Marcus Mariota can rest up because barely beating the Browns simply isn't getting it done. If Andrew Luck is playing for the Colts I think the Titans would be the worst team in the AFC South.

18.) Detroit Lions (3-3)
Last Week: 17
The Lions had a bye and have a tough matchup at home against the Steelers. Matthew Stafford is 5-49 against winning teams and the Steelers do have a winning record.

17.) Denver Broncos (3-3)
Last Week: 11
Trevor Siemian isn't the answer Broncos. I would say the second worst coaching in the NFL over the last two weeks is Vance Joseph, first is Hue Jackson. Vance Joseph needs to realize he needs to run the ball and to not give up on the run as soon as they fall behind. This team is built to run the ball and get after the quarterback. Play to your strengths please.