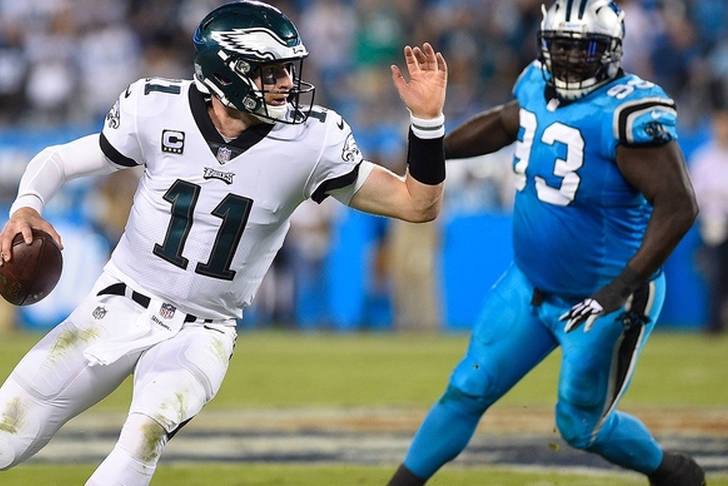 16.) Houston Texans (3-3)
Last Week: 16
Deshaun Watson has 15 passing touchdowns which may be the second most amazing stat on his team. Will Fuller has five touchdowns on nine catches. Ever since he has returned to the Texans this team has been great on offense.

15.) Jacksonville Jaguars (3-3)
Last Week: 13
There running game with Leonard Fournette combined with this defense is hard to stop. Now if they could find someone to call hike that would be great.

13.) New Orleans Saints (3-3)
Last Week: 16
The Saints dropped 52 points and Brees didn't throw for more than 200 yards. Seriously. The Saints scored three defensive touchdowns in one game. Who Dat! Seriously though even the Saints fans will be saying whose defense is that.

12.) Buffalo Bills (3-2)
Last Week: 15
The Bills were on a bye which is upsetting because BillsMafia is one of the highlights of my week.

10.) Washington Redskins (3-2)
Last Week: 11
Kirk Cousins was great against his soon to be team, the 49ers. The offense has a ton of options and Cousins knows how to spread it around.

7. Los Angeles Rams (4-2)
Last Week: 9
Are the Rams for real? We are six weeks in and I think they are. The first place Rams. These sentences don't go together but it's because I don't know how to wrap my brain around it.

6. Minnesota Vikings (4-2)
Last Week: 5
Jerick McKinnon is the truth. Not only is his SPARQ score incredible so is his play this season. He has been huge filling in for the injured Dalvin Cook. Also, some rumors surrounding Teddy Bridgewater are starting to pop up.

5. Carolina Panthers (4-2)
Last Week: 5
Hard fought game against the Eagles on Thursday Night Football. The Panthers are playing with confidence and swagger and when this happens they can be dangerous, especially Cam Newton.

4.) Pittsburgh Steelers (4-2)
Last Week: 14
So you lose by 21 to the Jaguars at home but beat the undefeated Chiefs on the road the following week. Makes sense right?

3.) New England Patriots (4-2)
Last Week: 7
I feel gross having the Patriots at three after they barely beat the Jets. This is the best offense in the league but the defense is ugly. Like grandma getting out of the tub ugly.

2.) Philadelphia Eagles (5-1)
Last Week: 3
The Eagles are flying high right now. They are doing everything very well right now and it's fun to watch Carson Wentz take control of this offense. Future is looking bright for the Eagles and Wentz.

1.) Kansas City Chiefs (5-1)
Last Week: 1
Even though they lost, we here at Chat Sports still feel like the Chiefs are the best team in football. They beat the Eagles head to head and are still tied for the best record in the NFL.