NFL News: Are The Kansas City Chiefs Still Number 1 in The Power Rankings? 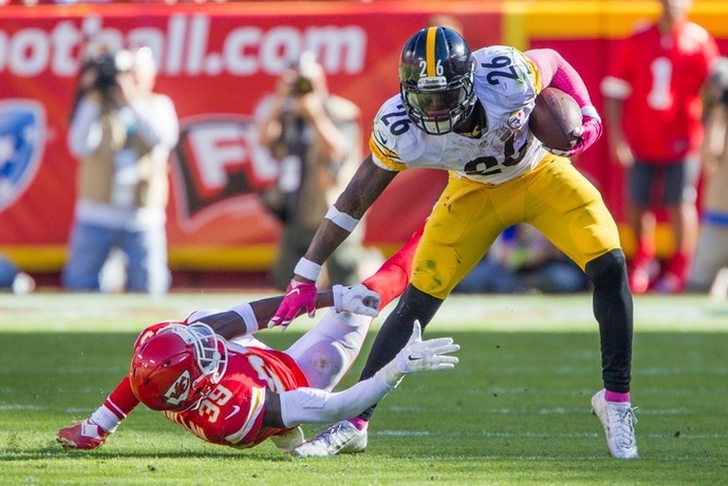 32.) Cleveland Browns (0-6)
Last Week: 32
The Browns bench their rookie quarterback back Deshone Kizer to realize that Kevin Hogan isn't the answer. Maybe it's time to start pointing the finger at Hugh Jackson who is 1-21 with the Browns.

31.) San Francisco 49ers (0-6)
Last Week: 31
They just fell short again. This is the fifth straight game where they lost by three or less points. When will their first win come? Maybe home against the Giants on November 12?

30.) Indianapolis Colts (2-4)
Last Week: 27
Tough loss on Monday Night Football. They entered halftime with a lead but the running game of the Titans slowly broke them down in the second half. They are still in the hunt for the division title and have played much better recently. Hopefully, Luck can return soon.

29.) Chicago Bears (2-4)
Last Week: 29
Tarik Cohen might be the best quarterback on the Bears roster. Luckily he and Jordan Howard are on this team or they would be flirting with the Browns and 49ers.

28.) NewYork Giants (1-5)
Last Week: 30
Ah football, you always keep me guessing. Of course, the Giants without their top three wide receivers would go into Denver and win this game.

27.) Tampa Bay Buccaneers (2-3)
Last Week: 21
The Buccaneers were losing 21-0 in what seemed a blink of an eye. They made Adrian Peterson look like Peterson in his prime. He literally ran on this defense "All Day." The defense needs to get healthy and so does Jameis Winston.

26.) Cincinnati Bengals (2-3)
Last Week: 24
The Bengals were on a bye but have a tough matchup against the Steelers in Pittsburgh this week.

25.) Los Angeles Chargers (2-4)
Last Week: 28
Two wins in a row for the Chargers and things are starting to look at least a little better. Anthony Lynn is going to what he knows best and it's feeding the running back. Can't argue with the results. Two straight games where the Chargers leaned on Melvin Gordon and two straight wins for the Chargers.

24.) New York Jets (3-3)
Last Week: 23
Even though they lost at home to the Patriots the game should have gone to overtime. Austin Seferian-Jenkins and my DFS lineup were ripped off of a touchdown. Very upsetting.

23.) Oakland Raiders (2-4)
Last Week: 19
So Derek Carr is back so everything will be alright for the Raiders right? Nope, not at all. The offense is gone and Amari Cooper I believe is going to be Where's Waldo this year for Halloween because I can't find him. They did sign NaVorro Bowman which hopefully sparks the defense.

22.) Tennessee Titans (3-3)
Last Week: 22
Mariota was clearly hurt on Monday Night Football so he needs to get healthy for this team to be successful. Also the coaching and play calling in this game was puzzling and you saw how upset the offensive linemen were many times on the sidelines. You quarterback is hurt and you have two great running backs, run the ball Titans!

21.) Baltimore Ravens (3-3)
Last Week: 17
The Ravens defense I actually feel bad for. They deserve a cuddle or something because the Ravens offense and Joe Flacco are bad.

20.) Arizona Cardinals (3-3)
Last Week: 25
All Senior Citizens Should Play in Arizona. Would not be surpsired if Life Alert is the new sponsor for the Cardinals with Palmer (37), Fitzgerald (34) and Peterson (32) all scoring touchdowns in Week 6.

19.) Miami Dolphins (3-2)
Last Week: 26
The Dolphins came from behind in Atlanta to win the game. Yep, not a typo. Maybe this defense is to be feared? They haven't allowed more than 20 points in a game yet this year.

18.) Dallas Cowboys (2-3)
Last Week: 18
On a bye this past week and possibly not Ezekiel Elliott for six weeks.

17.) Detroit Lions (3-3)
Last Week: 10
For everyone who was saying the Lions are for real and that we here at Chat Sports are dumb for ranking them so low. You see what happens when the Lions play a team with a winning record or considered good? They lose.