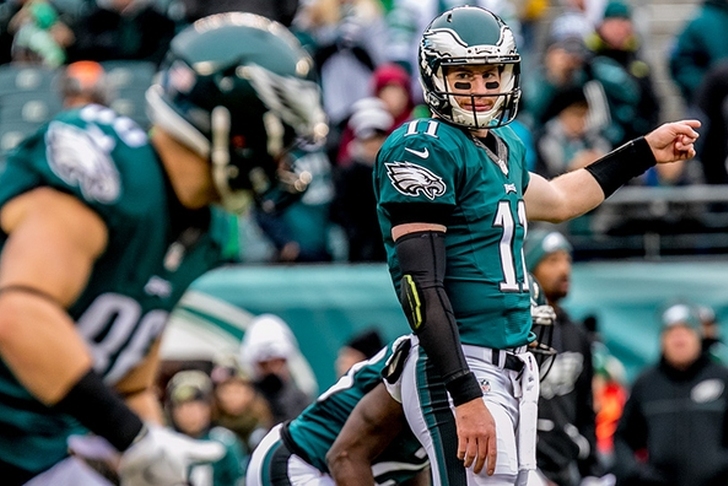 16.) Houston Texans (2-3)
Last Week: 15
The Texans have lost two of their last three games but have looked much better in those three games.

15.) Buffalo Bills (3-2)
Last Week: 7
The Bills came back down to earth losing to the Bengals. Now that their top receiving target Charles Clay is hurt this will hinder the offense even more.

14.) Pittsburgh Steelers (3-2)
Last Week: 4
They dropped 10 spots which is deserved. When you lose by three touchdowns at home to the Jaguars this is what happens.

13.) Jacksonville Jaguars (3-2)
Last Week: 20
The Jaguars look so good some weeks and other weeks lose to the Jets. This pass defense may be the best in the league.

12.) Minnesota Vikings (3-2)
Last Week: 16
Sam Bradford played for a quarter until he had to be removed from the game. Clearly wasn't healthy. Luckily this team has a great defense because the offense right now is stagnant.

10.) Detroit Lions (3-2)
Last Week: 9
The Lions were able to claw back against the Panthers but couldn't find a way to win.

9. Los Angeles Rams (3-2)
Last Week: 10
The Rams offense didn't play as well but the Rams vs Seahawks games are typically lower scoring. The Rams still showed that they are a team that can't be slept on.

8.) Seattle Seahawks (3-2)
Last Week: 13
A big divisional win on the road. The Seahawks offense wasn't special but the defense finally showed up and stopped the top scoring team in the NFL.

6.) Denver Broncos (3-1)
Last Week: 6
The Broncos were on a bye and this week get an injured and defeated New York Giants roster.

5. Carolina Panthers (4-1)
Last Week: 8
The Panthers are in the top five. Someone pinch me. They have beaten the Patriots and the Lions on the road.

4.) Atlanta Falcons (3-1)
Last Week: 3
The Falcons were on a bye which was helpful in getting wide receiver Julio Jones healthy for Week 6.

3.) Philadelphia Eagles (4-1)
Last Week: 5
The best team in PA. The Eagles are playing great football on both sides of the ball.

2.) Green Bay Packers (4-1)
Last Week: 4
The Packers started slow but a beautiful comeback by Rodgers and the Packers in Dallas is the reason they are still number two. When Aaron Rodgers is your quarterback you can never be counted out.

1.) Kansas City Chiefs (5-0)
Last Week: 1
Clearly the best team in the NFL. Alex Smith is my front runner for MVP and this team is clicking is every single aspect.