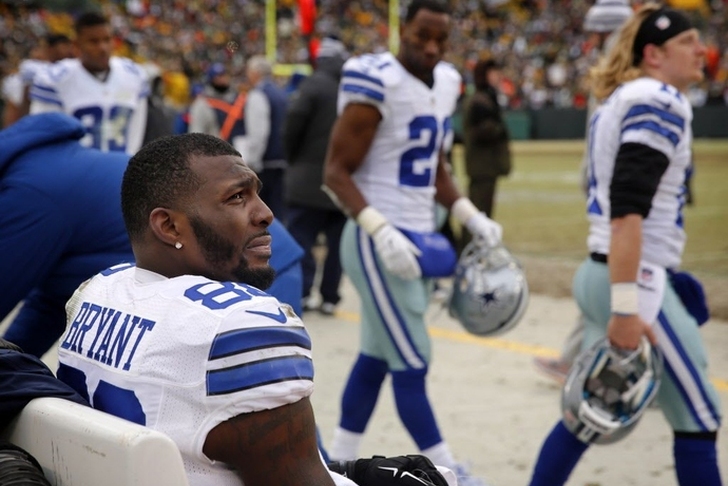 16.) Minnesota Vikings (2-2)
Last Week: 12
The Vikings have a great defense but losing Dalvin Cook and not having Sam Bradford is worrisome.

15.) Houston Texans (2-2)
Last Week: 22
Imagine how high they would be ranked if they would have held onto their lead against the Patriots.

14.) Dallas Cowboys (2-2)
Last Week: 8
The Cowboys were winning at halftime and then went away from the run and only scored six points in the second half. Just bad coaching.

13.) Seattle Seahawks (2-2)
Last Week: 15
The Seahawks looked bad the first half against the Colts and then in the second half the Seahawks we were hoping to see all season came out.

12.) Washington Redskins (2-2)
Last Week: 13
Even though the Redskins lost this past week to the Chiefs, they played them tough and really should have won if Josh Doctson doesn't drop the touchdown at the end of the game.

10. Los Angeles Rams (3-1)
Last Week: 16
The Rams are above the Patriots. LOL! Never thought I'd write that. Todd Gurley is unstoppable right now and the Rams have scored the most points in the NFL thus far.

9.) Detroit Lions (3-1)
Last Week: 10
The Lions I think are the most disrepcted team in the NFL. They have had a tough schedule thus far.

8. Carolina Panthers (3-1)
Last Week: 19
I personally think this is too high but when you beat the Patriots you jump up.

7.) Buffalo Bills (3-1)
Last Week: 20
Bout time they get some respect! A bend but don't break defense who currently has given up the fewest points in the league with 54.

6.) Denver Broncos (3-1)
Last Week:5
The Broncos at home may be the most difficult matchup in the NFL, on the road is a different story.

5.) Philadelphia Eagles (3-1)
Last Week: 11
Their only loss is to the undefeated Chiefs. They have been playing solid football on both sides of the ball.

4.) Pittsburgh Steelers (3-1)
Last Week: 6
They the Ravens which are always tough games for the Steelers. Their offense still isn't clicking and they are 3-1. The Vegas favorites to win the Super Bowl.

3.) Atlanta Falcons (3-1)
Last Week: 2
They lost at home to the Bills. They didn't drop far because the Bills have shown they are actually a good team and should be taken seriously.

2.) Green Bay Packers (3-1)
Last Week: 4
The Packers whooped the Bears on Thursday night and as long as Aaron Rodgers is calling hike for this team they are always a favorite.

1.) Kansas City Chiefs (4-0)
Last Week: 1
The only undefeated left in the NFL.​​ Alex Smith is a legit MVP Candidate and Kareem Hunt is Rookie of the Year.