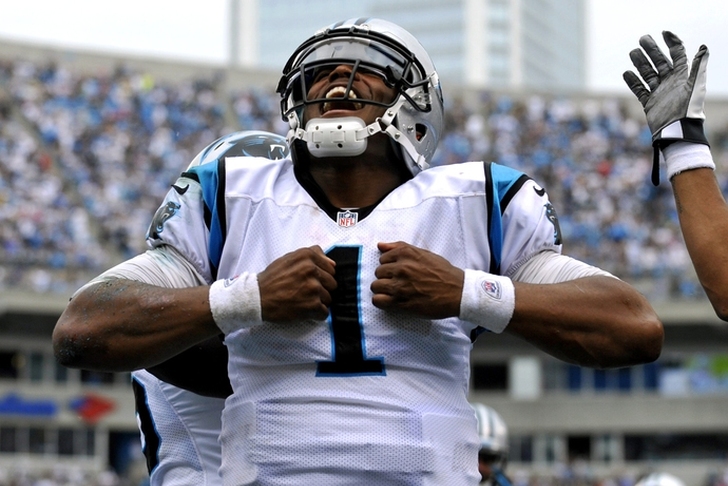 We have just six weeks left in the 2015 NFL regular season, and we're starting to get a sense of which teams are true contenders and which teams are going to be reverse-competing for draft slots. We're here to identify the good, bad and all the teams in-between with out NFL Power Rankings Heading Into Week 12.

The Bills put up a good fight on Monday night, but the Pats just keep leaning on their balance and depth to outlast anyone and everyone they come across.

The only reason why the Panthers aren't #1B is because the Patriots are the defending champs. Cam Newton has been stellar over his past three games, scoring 11 touchdowns (9 passing, 2 rushing) against just a single interception. This team is scary on both sides of the ball.

The Cards offense has matched its 2014 regular-season scoring output (326 points) in ten games. All things being equal, this team can beat anyone in a shootout.

The Packers put a three-game losing streak behind them with a convincing win at Minnesota on Sunday. This team is still flawed, but we're not betting against Aaron Rodgers in the race for an NFC North title.

Peyton Manning's 17 interceptions remains the most in the NFL through 11 weeks. Brock Osweiler's first career NFL start last week was the first time the Broncos have gone without a turnover all season long. With Manning out at least a couple more weeks with a foot injury, has the changing of the guard taken place?

The Bengals have suffered back-to-back prime time disappointments, once again raising questions about whether or not this team is destined to fold under pressure either down the stretch or in the playoffs.

The Packers stopped Adrian Peterson, and that in turn stopped the Vikings. Unless Teddy Bridgewater and the passing game can step up the aerial pressure when Peterson's contained, this could turn into a fatal flaw.

Here's the real test for the Steelers -- they hit the road for four of their final six games. Still the favorite for the #5 seed, Pittsburgh's going to have to shift into "prove it" mode to keep their spot in a muddled AFC playoff picture.

The Seahawks are the most dangerous 5-5 team in league history. We really don't know what that means, especially if the offense and defense start taking turns again at playing hide-and-seek.

The Giants have blown fourth-quarter leads in four of their five losses. If they can learn to finish, they're the type of team that can do damage in the playoffs as a 9-7 or 10-6 team.

The Bills struggle when they can't establish the run, and it was hard for them to do so against a swarming Patriots D last week. Buffalo's good enough on defense, however, to hold off all comers for a AFC Wild Card spot.

Atlanta has lost three straight and four or five, making us wonder if the fourth-quarter fireworks of their 5-0 start were a mirage.

Matt Hasselbeck is 3-0 as Indianapolis' starter. There's no QB controversy, though, as it's Andrew Luck's job in perpetuity when he gets back. But, Hasselbeck's been one of the keys to the team hanging around in the playoff picture.

Jameis Winston blew up the spot in a blowout win over the Redskins, tying a rookie record with five touchdowns. Tampa hasn't won five games since 2012, and they're talented enough on offense to paper over deficiencies on defense. Keep an eye out for them as a threat to the Falcons for the #6 seed, especially with a 23-20 win over their NFC South rivals already in hand.

The Texans have given up less than 30 points during a three-game losing streak. We knew the defense was going to be the key for this Texans team this year, but can JJ Watt and the crew really carry 75-80% of the load while the offense figures itself out down the stretch? That's the big question for the AFC South co-leaders.

Which Kansas City team is real? The one who looked bereft of luck and passion during a 1-5 start, or the team who has beaten teams by a combined 91 points during a four-game winning streak. The answer's likely somewhere in the middle, making it hard to buy into this team just yet.

Oakland's three-game losing streak has undone some of the good will from an inspiring 4-3 start, but this offense is good enough to shake this team from its midseason doldrums. Oakland isn't dead yet in the playoff race either.

Why does the Jets coaching staff have an aversion to the run all of a sudden? They're going to have to get back to the ground game with the way Ryan Fitzpatrick has struggled these past two games.

Six of the team's 10 games have been decided by three points or less. Chicago is 3-3 in those games, meaning things could be a lot better or a lot worse with a different amount of luck.

Case Keenum or Nick Foles? Right now the Rams likely wish it was neither. Spotty quarterback play (at best) is holding this team back in the NFC playoff chase.

Washington's blowout loss to the Tampa Bay Bucs was a wakeup call. They're still one game out of the NFC East lead, but the team's 0-5 run on the road so far is extremely concerning.

Ryan Tannehill has been awful over a 1-3 stretch, posting a 23.3 Total QBR over that stretch. Tannehill was pegged by many to make the leap this year after showing major signs of star power last year. That's what makes this last month so frustrating for Miami fans to watch.

Where was this Lions team in the first half of the season? Detroit's defense has impressed in back-to-back wins over the Packers and Raiders, but they're still three games out of a playoff spot with six games to go thanks to the giant hole they dug for themselves.

The Broncos are the only other team in the NFL to throw more interceptions than touchdowns this year. Inefficient offense and a porous defense have turned an opportunity to take advantage of a weak NFC East into a fight just to get back to .500 and keep pace with the Giants.

The Saints are still alive in the playoff race, but the defense remains their death knell. If they can give us a couple games of consistency as a unit, we'll move them up.

The Cowboys are just two games out of the NFC East lead with six to play, and Tony Romo is back. Remember the season-saving streak Carolina went on last year to sneak into the playoffs as NFC South champs? Are we in for something similar here?

We're tempering expectations for this Jags team since they barely escaped a bottom-feeding Titans team last Thursday. However, they are just a game behind the Colts and Texans in the AFC South.

The Chargers have only had a losing season once with Philip Rivers under center. It'll take an unforeseen surge of energy and help in the running game for this team to escape 11 or more losses, let alone make an improbable run to .500.

Blaine Gabbert took an entire half to get in the swing of things against the Seahawks this past Sunday, and by the time he did it was too late. We have a feeling that will be a going theme.

Baltimore clipped the Rams in Week 11, but they lost both Joe Flacco (torn ACL) and Justin Forsett (broken arm) to season-ending injuries. It's a lost season, plain and simple.

Tennessee's offense has gone wayward over the past month and a half, scoring more than 13 points just once in six games. They're the only team in a bad AFC South who really has no chance to make the playoffs right now.

The Browns are a three-ring circus. Johnny Manziel's bye week antics have dropped him from starting QB to emergency quarterback. Josh McCown isn't the answer either, and neither it appears is head coach Mike Pettine.