NFL Draft Rumors: 3 Teams Interested In Trade For No. 5 Pick, Eagles Looking To Deal No. 32 Pick, And Patriots "Intrigued And Impressed" By Jackson 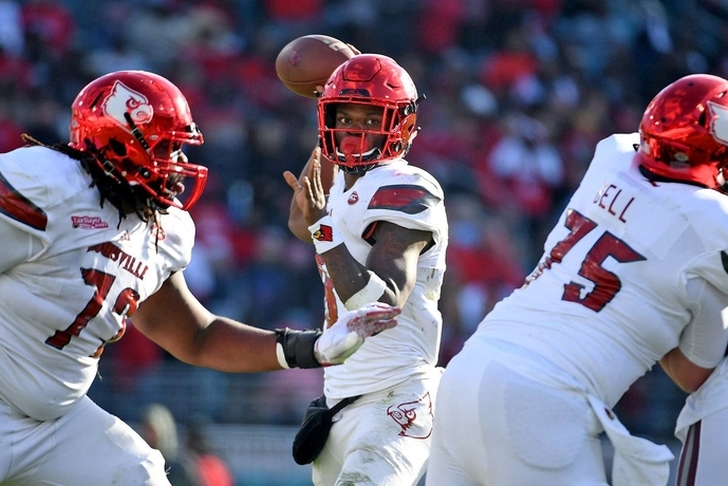 It's officially NFL Draft week with the first round kicking off on Thursday night in Arlington, TX, and there are still plenty of rumors flying around about where the top prospects will land. The top quarterback prospects are taking up most of the spotlight, and we have the latest on which teams are looking to trade up to acquire one. Here are the latest NFL Draft rumors you need to know:

3 teams interested in trading for the No. 5 pick
The Denver Broncos have said that they're open to trading the No. 5 overall pick in the draft and three teams have expressed interest in a potential deal, according to Mike Klis of 9News.

All three teams need a quarterback and they know the Broncos, with their No. 5 draft selection, may well be in a position to have the last of the Big 4 quarterbacks available.

Oklahoma quarterback Baker Mayfield is currently projected to be the No. 5 overall pick, according to Chat Sports' latest mock draft.

But I think the Eagles are much more likely to deal this pick; I just don’t know to whom. They’re seeking a trade—that I can tell you. Philadelphia has no pick in round two or three, and the Eagles don’t pick till the end of round four. So as of now, they go from 33 to 129 without a pick. That’s why they’ll be trying to deal all night Thursday.

Philadelphia is thought to be seeking both a second- and fourth-round pick for the No. 32 selection.

Patriots "intrigued and impressed" by Lamar Jackson
The New England Patriots, who are reportedly interested in trading up to take a quarterback in the first round of the draft, have been linked to Louisville quarterback Lamar Jackson throughout the pre-draft process.

According to NFL Network's Ian Rapoport, their interest is very real as they hosted Jackson for a pre-draft visit two weeks ago and are very "intrigued and impressed" by him.

Relatively quietly, the #Patriots hosted #Louisville QB Lamar Jackson on a Top 30 pre-draft visit, sources say. The visit, which took place 2 weeks ago, left the organization “intrigued and impressed” with Heisman Trophy winner. They may have the option at No. 23.

There's a good chance that Jackson may not be available at No. 23 as some think he'll be picked in the top 15, but New England has the tools to trade up to the early teens (two first-round and two second-round picks)

Jackson, who won the Heisman trophy in 2016, has also visited or worked out for the Browns, Cardinals, Chargers, Dolphins, and Ravens, among others. He passed for 3,660 yards with 27 touchdowns and 10 interceptions last season while rushing for 1,601 yards and 10 more scores.