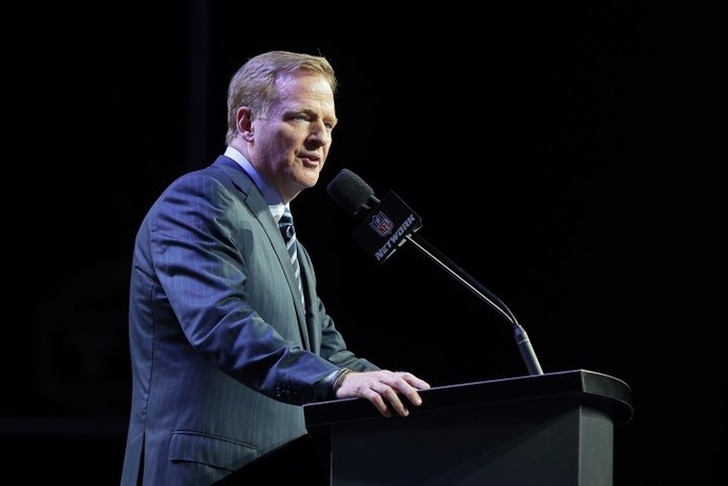 The NFL held a meeting on Tuesday with owners and players to discuss social issues and players kneeling for the national anthem. 29 players, owners, and executives took part in the meeting, which commissioner Roger Goodell said was productive in a statement.

Our players are men of great character, they have a very deep understanding and tremendous knowledge of the issues that are going on in all of our communities. Their commitment to addressing these issues is really admirable and something that our owners looked at and said, 'we want to help support you and those are issues that affect us. They are our issues also, and we'd like to do it together.'

Finally, the players and the owners came to an agreement that these aren't really issues that are players issues or owner issues or community issues – but they are issues that affect all of us in our communities. And with our commitment, they wanted to work together to try and address these issues.

Check out the NFL Daily podcast!

Goodell sent a memo to all NFL teams last week stating they were working on a plan and that the league wants its players to stand for the national anthem. However, Goodell said that is not something they demanded at today's meeting.

We did not ask for that. We spent today talking about the issues that players have been trying to bring attention to – issues to make our communities better. I think we all agree there's nothing more important than trying to give back to our communities and make them better. That was the entire focus of today.

The next meeting will be used to determine specific steps and actions that can be taken by both sides to fix the issue in an agreed-upon manner.