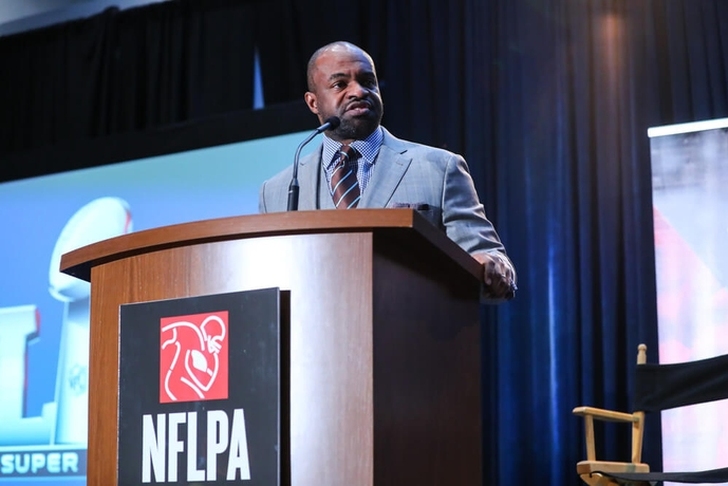 Below are 29 names of the NFL players, owners, and executive meeting to discuss National Anthem protests.

We all know the news surrounding all the protests and the emails and letters from angry fans and veterans have been pilling up in the league office. It has been three weeks since President Donald Trump attacked the players for protesting the national anthem even though for everyone covering the matter it has felt like an eternity.

On Tuesday there will be a meeting to try and figure out a way to move on. The players have been meeting with league officials and executives for the last few months trying to find a compromise to shed light on the social inequality in this country.

Roger Goodell sent a memo to all NFL teams last week stating that a plan is being worked on.  That plan stated that the NFL wants its players to stand for the National Anthem. "Like many of our fans, we believe that everyone should stand for the national anthem."

Obviously, with such a sensitive issue the NFL wants to make the right decision which is why it has opened its doors to have all parties join the meeting. The NFL is hoping that no matter what the decision is, it won't have to deal with the issue much longer.